'The Distribution of the Sensible' The exhibition presents 60 years of oeuvres of Kim Byungki, a logical and intellectual art theorist by nature whose susceptibility to the tendency of contemporary American art honed his sharp consciousness for modern logic of plastic art. 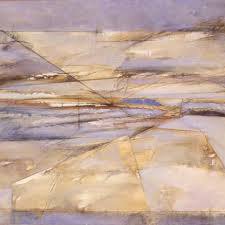 Kim Byungki: the Distribution of the Sensible

National Museum of Modern and Contemporary Art, Korea presents 60 years of oeuvres of Kim Byungki, “a logical and intellectual art theorist by nature whose susceptibility to the tendency of contemporary American art honed his sharp consciousness for modern logic of plastic art with active participation in the formation of Korean modern abstract art after the Korean War”(Lee Guyeol, 1990). Kim was born in Pyeongyang and experienced newly rising arts such as Surrealism and Abstract Art in Japan at an early age and lived a true modern life. Before the outbreak of the Korean War, he defected to South Korea and served as a painter, critic, educator, and administrator and played a pivotal role in establishing the foundation of Korean modern art.

Kim closely investigated on the historical development of Western art since the days of discussing the significance and value of Abstraction during the formative period of Korean abstract art in which Korean art was confronted with a special socio-cultural context with macroscopic viewpoints on the acceptance of Western art. Kim ceaselessly questioned on the modern visual language of abstraction. After he participated in Sao Paulo Biennale as a Korean commissioner in 1965, he abruptly decided to live in the US and strove to concentrate on painting. From Los Angeles, where Western civilization and Asian civilization meet, he has shipped several works, which crossed conventionally dichotomous boundaries of abstract and figurative, Oriental and Western, nature and civilization, spirit and material, all bounded in unharmonious and un-tranquil tension. Despite of his centenarian age, he is still emptying himself and continues to seek for humanistic discernment on art and life and with this, we are assured that the spectators will realize the mature identity and the deliberate conviction in his works.

Experimentation on Abstraction: the Mid-1950s to the Early 1970s

Distinctive features of current works, from mid-1950s to the early 1970s including works done after his immigration to the US in 1965, are vigorous experimentations on abstraction which fascinated him since his studies in Japan. After mid-1950s, when Informel swept over the Korean art world, Kim Byungki, who was susceptible to the trends of international art world more than anyone else around, accepted and practiced Informel theory of France and applied it to his works. He focused more on the calligraphic aesthetic value and surrealistic double image of Informel form which evoke mysterious narratives rather than content and materialism of Informel, the expression of human existence after the war. After settling in New York State (Saratoga), Kim naturally expended his interests on abstract expressionism. To him, abstraction is not confliction against literary feature or realism and is instead, inclusive of all features while surpassing it at the same time.

Coexistence of the Figure and the Non-figure: the Early-1970s to the Late 1980s

Since the early 1970's, the form started offering strong presence and his lifetime subject matter, still-life and landscape, rooted on the canvas. As the gaze of the artist stayed on life and surroundings, tools in the studio, pottery, the roadside grass cuttings and trivial landscape around his house in Saratoga filled the canvas. The emergence of figurative forms was not a self-contradiction or self-confrontation on abstraction which he pursued from earlier, but a destiny to bring more depth at the dead-end of abstraction. In fact, since his abstract paintings had never been isolated from life, this appearance of the figurative form is not an abrupt change. His work is not about the forms of the subject, but it is about the process of becoming one, hence, double-representation of reason and sensation. Such a change is not independent from a new concept and attitude towards the art and resurgence of the wide range of images after the abstract-expressionism. Kim's experiments on space and expressions of the drawing-like lines in this period stand out with an intellectual and sensitive mood.

In this period, from Kim's first return to Korea for solo-exhibition and additional visits until he held his last solo-exhibition in 2000, series of works including landscape of motherland and reality of division noticeably stand out. These works can be called political simply because he did not only use Korean landscape as subject-matter but also represented double heterogeneity on the ironic reality of division and modernity which disconnected from tradition with figurative language that evokes a sense of heterogeneity in distribution of the sensible.

In this period, his paintings negate dichotomous structure such as space and time, visibility and invisibility, surface and depth, and reason and action. At the same time, history and reality reveal themselves on canvas like an enigma. Style has also been changed with bold and rough lines. Seen from the previous period, the black lines, like Nongmuk(dark and concentrated ink), vividly cross the canvas long and straight, and sharply split the canvas as if to restrain the overly expressed emotion of the artist or to reveal the fragmentation of social irregularities.

Incomplete Aesthetics: The Early-2000s to Present

One’s latter years are a period of conformity. It is time of reconciliation with cacophony of his or her last years, a compromise with the remaining time and reaching the comprehensive with tolerance and harmony through contemplation on life. However, the centenarian artist Kim is still aware of compromise and tries to create a new from 'in-between'. Kim moved to Los Angeles and was met with a pivotal point in mid-2000, wrapping up his 40 years of east-coast life in the US. The canvas filled with landscapes of California, strong primary colors of the previous period disappeared and sunny skies of Los Angeles and yellowish color of earth predominated canvas instead. Lines with consummate brushstrokes dominate the canvas and express the landscape of Hollywood Mountain where Kim's studio is located, but also expresses the land and streams of motherland, where all human beings eventually devote themselves at last. For him, mountains symbolize his country, origin of all things to which every human returns, and nature that is endlessly protean but is actually one. In the beginning of 2000s, the aesthetics of his work “non finito,” “incompleteness as a state of completion” reached its zenith. Kim deliberately minimized flamboyant coloring and redundant depictions with minimal but optimal deployment of the layered pigment, and as a result, the ground of his canvas and the process through which he worked is plainly exposed while the empty space itself is filled with abundance. This is made possible due to his use of lines over the filling of color. As his works in this period closely resemble “Baekmyo” (white drawing), the artist more than ever recognizes the world with lines as a major medium, and with it, connects the individual mind to the outside objects.