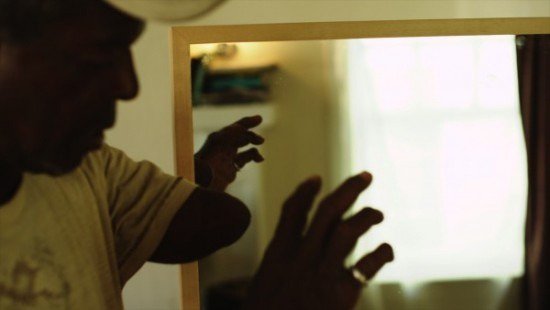 Organized in conjunction with Whitechapel Gallery, London, Ballroom Marfa is pleased to present the sixth season of Artists' Film International, a program that showcases international artists working in film and animation. This year in the north and south galleries Ballroom Marfa will feature two video works, David (2012) and Death of a School (2014), by Los Angeles-based artist Nicole Miller. Miller's videos explore self-representation and self-presentation in narrative form as a tool for the reconstitution of both physical and psychic manifestations of loss. In David, a man re-tells the story of losing his arm in a brutal act of random violence while concurrently re-generating his phantom limb through exercises performed in front of a mirror. Curated by Erin Kimmel. Opening: November 22, 6-8pm.