For the exhibition Anni Leppala presents 'The Book of image'. Everything in her pictures seems mysterious, unpredictable and uncertain. Catherine Poncin presents in 'The way one coresses the yard' sono photos inspired by the history of art. 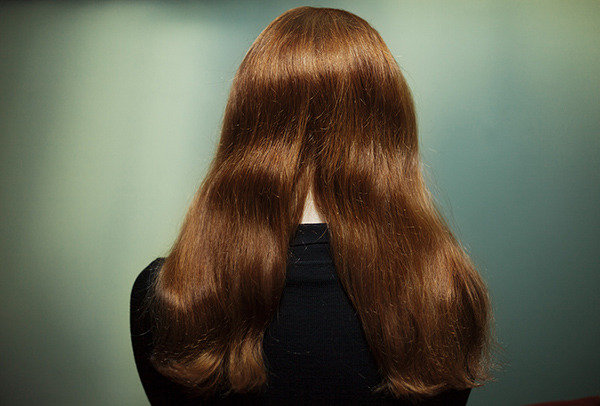 Anni Leppälä
The Book of Images

The connections between the images are essential to my work. How the images affect each other and what kind of relations they create between each other. I try to trace this emerging “third image” between two or several images; the various combinations of images compose different interpretations; it is like an uncovering of new thoughts.

My works do not consist of separate series, but the recent images expand the already existing entity of works. This starting point also conducts the situation of photographing. I am looking for elements of the visible reality that could be recognized as conveyors of a certain experience or atmosphere and that also could create connections with the already existing images.

For me photographs are like fixed points in the process of change and alteration. They open up for observation and they allow the viewer to step closer. One can gather trust and confidence in recognizing something in them, but simultaneously, photographs have another kind of nature – a side turning towards the invisible and the unidentified. What finally becomes recognized can be something “outside” the image, something out of sight – something imperceptible. In this momentary experience, something is revealed. It is not something “that­has­been”, but rather something that exists and is present here and now.

Catherine poncin
The way one crosses the yard

Writing on Catherine Poncin is a challenge: so much has already been written, and by so many critics who detailed and dissected the various aspects of her work, that the chore appears unbearably Sisyphean. And yet, a line can possibly be traced between the different bodies of images, browsing the numerous texts that each talk of a specific series of hers. As a matter of fact, the artists develops each time an intense and intimate relationship to a theme, a place, a setting for encounters and thus creates almost in situ projects be they the fruit of a commission or of her personal thrills.

If Catherine Poncin has always dug into archives, rarely has she mentioned her special interests, though it might appear clearly to the eyes of the classical iconography connoisseurs: literature and history of the arts. Both punctuate her photographs and films, sustain her thoughts, gathered in her speech. Her work often deals with re-composed pieces that echo a specific story, a moment, or sometimes even a book. One can take a closer look at her several works focusing on North African countries : it brings to mind Albert Camus but also Kateb Yacine , or even in a different way her series Palimpseste following the commission of the castle Ferney-Voltaire (its name blows a narrative wind dear to the ears of the image readers), all links with a literary backbone. This work of de- then re-contextualisation of images combined together is the very basis of her language. Reading between the lines that divide her montages, one can sometime even grasp the writings she discovers. What more common than to say that an image is a way to write with light instead of writing with ink and words?

This time, Catherine Poncin’s images are randomly grouped, creating a promenade between each frame or photograph. Some should recognize projects, moments, be it the commission of the city of Grasse, her travel to Jordan or the residency in the Maison des Arts Bernard Anthonioz where the Smith sisters lived. Others, the lesser aware, will be pleased to witness an act that altogether form a new play. It is the appeal of this exhibition project: to associate diverse moments of photography in a common image, between narration and history of the arts or between literature and painting in a way.

One shouldn’t therefore be surprised to see the iconic status of the image put forward since Paul Ardenne already mentioned it in 1996 as central to Catherine Poncin’s art. The art historians shall recognize within the dove Venus or Aphrodite and its omnipresence in the Renaissance paintings. In this other piece, from Jordan, they might link engraving, the wing of an angel and Judah’s tree and shall link this very tree with the ‘‘bitume de Judée’’ a bituminous mixture used in painting as a fossil pigment and with Leonardo da Vinci’s Last Supper in which Judah, trying to seize the bread from Jesus’ hands, thus designating himself as a traitor. It might be clever not to decipher each of those pieces in the sense that some resist when submitted to our cognitive skills and that may be what makes them so literary, so plural anyway. The chromatic installation Chant de roses (Roses Song), while reviving the book it derives from, a 19th century text by Alphonse Kharr My Garden, oversteps the mere anecdote of picking the most beautiful rose that the author describes in his flower alphabet book. What strikes us is the sound and visual work, the almost synesthetic dimension of Catherine Poncin’s project produced in association with the composer Philippe Valembois, both re-interpreting the story.

Let’s talk about criss-crossing, a title that goes without saying for an artist whose path and wishes run along a contorted road, the way a cradle-oued might sometimes turns into a torrent. The key of this exhibition lies in this total piece, a river artwork… The Dominotés reminds us of an anthological fresco made of earthenware and gardens, sculptures, illumination, a kind of global book as dense as Sartre’s library … In a word, a musical, visual, sensitive path and that is maybe the place where Catherine Poncin, in a surprising and splendid manner, goes beyond literature. 'Valentine Umansky'