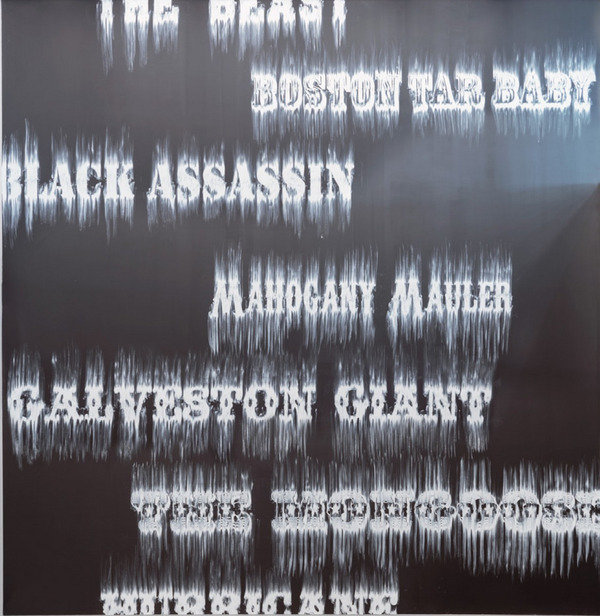 The museum has commissioned Gary Simmons (b. 1964, New York) an ambitious new work for the stunning double-height project gallery. The New York-based artist will create a large, ephemeral mural painting directly on the gallery's back wall, which measures 30 feet high by 29 feet wide. Simmons is best known for his enigmatic compositions that consist of deceptively simple motifs rendered atop broad fields of monochromatic pigment. He extracts these motifs from a variety of archival and pop culture sources, arriving at each selection through an intensive research process. A single work by Simmons is capable of evoking a multiplicity of meanings, referencing a buried episode in the painful history of race relations in the United States, for example, at the same time that it draws from the artist's childhood memories. Simmons is known for his use of an eerie erasure effect, which he achieves by blurring his drawings with his hands. Recalling the look of chalk on blackboards, the effect reinforces the mysterious quality of Simmons' imagery while suggesting movement, the fleetingness of time, the pliability of history and the inevitable fading of both cultural and personal memory.