"Progress and Hygiene" is devoted to the pitfalls of modernization in the context of the idealistic faith in progress and the possibilities of "betterment" common to both art and science at the beginning of the 20th century. Schneider again deals with the question of house, in both material and symbolic terms. 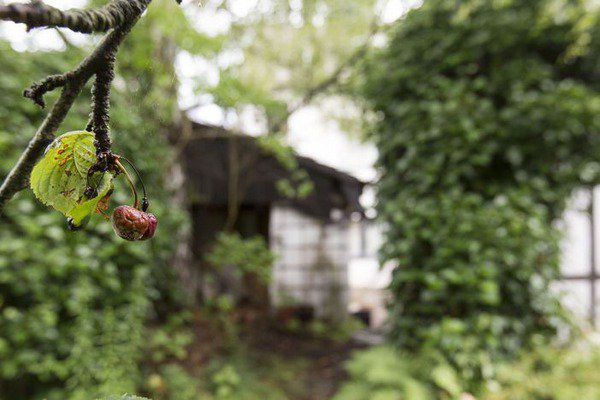 The concept of progress as development, a process of betterment, a transition from a lower to a higher stage was one of the guiding principles of the French Encyclopédistes, the thinkers of the Enlightenment and 19th century positivists. It was also an element in the founding myth of modernity – the building of a new, better world. The faith in progress that was characteristic for the past century was expressed both in artistic manifestos and in new tendencies: such as Futurism, Constructivism, Suprematism and Neo-plasticism. The modern architecture and design that were associated with them were to influence a change in the habits and lifestyles of the inhabitants of cities – to shape a new person through new forms. This utopian idea disintegrated in the times of the crisis of the 1920s, and the idea of progress and the social engineering associated with it were engulfed by the processes of dehumanization at work in totalitarian societies.

The exhibition presented in Zachęta, “Progress and Hygiene”, is devoted to the pitfalls of modernization in the context of the idealistic faith in progress and the possibilities of “betterment” common to both art and science at the beginning of the 20th century. It was conceived as an essay which critically analyses such phenomena as genetic engineering, eugenics or research into the purity of races, also drawing attention to their continued impact on today’s world.

The exhibition is composed of the works of Polish and foreign artists realised in a diverse range of media – such as painting, installations, film and photography – and of others especially prepared for the exhibition. The context for these will be formed by historical materials, including posters, archival photographs and documentation. Through the confrontation of contemporary works with those from the modern period, the spectator will be able to explore such themes as social health, eugenics, social engineering, racial hygiene, national identity, the problem of the “other” and exclusion, or even cosmetic surgery and self-creation. “Progress and Hygiene” poses a question as to what today has remained of the idea of modernism and as to the directions in which contemporary modernization is heading.

Exhibition supported by the Foundation for Polish-German Cooperation.

Nelly Agassi’s and Erez Israeli’s visits in Warsaw are financed by Polish Institute in Tel Aviv.

Felix Gmelin’s visit in Warsaw is financed by The International Artists Studio Program in Stockholm.

Gregor Schneider, one of the most highly regarded contemporary German artists who was awarded the Golden Lion at the Art Biennial in Venice in 2001, is realizing his latest project called “Unsubscribe” in Zachęta. In this work, Schneider again deals with the question of house, in both material and symbolic terms.

As was also the case in his earlier realisations, here we find reference to the artist’s place of birth – the town of Rheydt in Germany. Here also was born Joseph Goebbels, the propaganda minister of the Third Reich. “This house found me itself,” says Schneider of the standard small town building in which Goebbels spent the first few years of his life and which, after by chance coming across a for sale advert, the artist decided to buy from the family who then lived there. The averageness of the house seems to hide the diverse stories of its successive inhabitants. Gregor Schneider explores the story of the creator of German propaganda as both an incarnation of evil and as a figure of a normal German family in the context of fascist politics.

Schneider’s decision to buy the house together with its contents (remnants of furniture, the remains of the library, garden tools, etc.), to carry out a detailed documentation and finally to dismantle it enable a return to history in both its particular and general dimensions: this is a work with both individual and group history. “May it at last disappear,” an inhabitant of a neighbouring house said to Schneider. The artist’s ambition is to destroy, to annihilate the different fragments of the house, without however enabling the memory of this place to disappear completely. The problem with memory, with history and with unwanted monuments is a universal problem, and one which also concerns us.

To Warsaw will be brought rubble from the building. The act of transporting rubble from Germany to Poland introduces an additional, dramatic and critical element into a project whose effect is not just the final exhibition in Zachęta, but the whole process to which the artist submits the building, treated as a mute witness of history.

The exhibition “Unsubscribe” can also be considered in the context of the exhibition “Progress and Hygiene” running simultaneously in Zachęta and also curated by Anda Rottenberg.
After the opening of the exhibition, a book will be published documenting the whole process and containing comments from the artist, curatorial texts and also an essay by one of the most outstanding German critics, Ulrich Loock.

Gregor Schneider was born in Rheydt in 1969. From the beginning of his artistic career, he has dealt with the topic of living spaces, rooms and houses seen as three-dimensional sculptures into which the viewer can quite literally enter. From the 1980s, he has housed these rooms in museum and gallery spaces. In 1985, he began work on his most famous project, whose unique realization was honoured in 2001 with the Golden Lion at the Venice Art Biennale. Totes Haus u r was an unusual project, comprised of building a house-studio in an already existing building, in other words of creating an exact double of the building. The artist totally contradicted an artist’s original function and sense, and in so doing created a space which evoked unexpectedly strong responses in those who visited it. Schneider is also the author of other spectacular realisations, such as Cube, inspired by Kaaba in Mecca and projected for St. Mark’s Square in Venice, which finally stood in front of the Hamburg Kunsthalle in 2007, and the monumental End in front of the Abteilberg Museum in Mönchengladbach (2009). His work has been presented in Poland in the Foksal Gallery (1997, 2000) and in the National Museum in Szczecin (2012). He has lectured in many European academies, in places such as Copenhagen, Amsterdam and Berlin. Today, he leads a studio in the Munich Academy of the Fine Arts.

cooperation Volksbühne am Rosa-Luxemburg-Platz, Berlin
Exhibition realised with support from the Foundation for Polish-German Cooperation.

Opening of the exhibition on Friday, 28th November at 7 p.m.