Beijing Voice: Unlived by what is seen

The exhibition traces a new direction in Chinese contemporary art emerging since 2008. This new current is characterized by the infiltration of art practices into various social sectors and aspects of life. 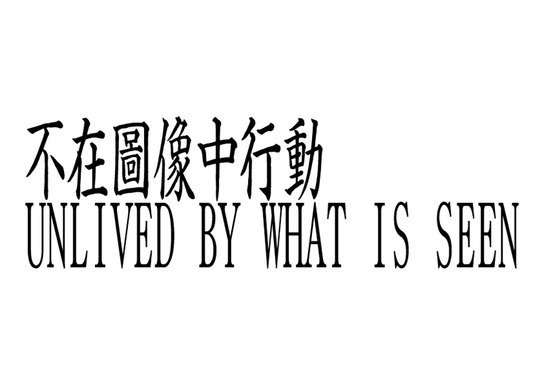 This December, Pace Beijing is launching the fifth installment of the annual “ Beijing Voice ” exhibition. This is a long-term project and an iconic end-of-year summary devised by Pace Beijing, to objectively showcase and interpret the artistic phenomena and moves that are currently underway in the art field. This year’s “Beijing Voice” follows the same principle as it engages in a discussion of the complex route within artwork, artist and audience, and determines to explore this “on-going” field of relations. Therefore, Pace Beijing is delighted to participate in Unlived by What is Seen curated by artists Sun Yuan and Peng Yu, and independent curator Cui Cancan with its 2,000 sqm exhibition space. 23 of the 34 participating artists will publicly show their practice and exploration.

Unlived by What is Seen is an exhibition curated by the artists Sun Yuan and Peng Yu and independent curator Cui Cancan. Preparation of the project began in 2013, and after a year of in-depth communication and exploration, twenty-eight artists were selected, along with two art organizations and three artist groups.

Opening on December 13th, the exhibition will take place simultaneously at Galleria Continua, Pace Gallery Beijing and Tang Contemporary Art Center and lasts for three months. In addition, there will be four public talks presented after the opening, with an exhibition catalogue scheduled for publication in May 2015.

Unlived by What is Seen traces a new direction in Chinese contemporary art emerging since 2008. This new current is characterized by the infiltration of art practices into various social sectors and aspects of life. The goal of these practices is no longer geared toward the production of images or visual objects, but rather developing modes of existence that interrogate life itself. Arising from specific needs of the individual, it transgresses and transcends both the anxiety to enter history and the ennui of daily encounters. These unnameable needs cut into the social fiber without mediation and manifest attitudes of disengagement from which a poetics of life shines forth. In other words, the resent exhibition is not interested in dealing with ossified modes of making art, but a multitude of actions taken by individuals.

As contemporary art becomes more institutionalized, Unlived by What is Seen examines what happens to art as it transforms into experiential and discursive transactions. It also questions modes of art production that cater to established, effective but effete systems of circulation. Though distancing itself from exhibitions purely driven by commercial interests, it nevertheless appropriates systems of capital in a way that fuels the movement it seeks to articulate. One significant feature is that none of the artists made their work to be housed inside the exhibition space. The most vibrant and tenacious part of the work has already been consumed by its own flame. As artists address their needs and confusion through action, what remains to be seen is evidence or crystallization of these activities that have taken place elsewhere, in another time, and under a different intensity.
Consequently, the work of the curators is centered on the excavation, identification and presentation of these life practices that transpire within a dynamic social, political and interpersonal context as they push art to expand its borders. In short, they are anomalies of life whose adventurous labors will win their freedom.

Based on the unique status of these works, the curator designed an unique form of communication in which the artists were asked to narrate or recount actions, experiences and encounters that can not or need not be documented or visually represented. This also involves a process of experimentation on the part of the curators, the artists and the art organizations. It neither follows conventional standards nor seeks to draft a rubric for the future. By returning art to the actions and happenings of life, the works resist clear classifications and generalizations, yet they convene on one point: as long as viewers take what is in front of them for the whole, something gets unlived by what is seen. There will always be an attitude that does not translate into form, but through our being in the act, it incessantly flashes before us. As art exhausts itself in the constant pursuit of the new, subtle transformations are already underway in the sphere of life