Hormoon/Hormone. An exhibition dealing with the principle of division as a method for breaking down an existing unit into fragments. This breakdown entails a change of form, not just in quantity but rather in its essence. 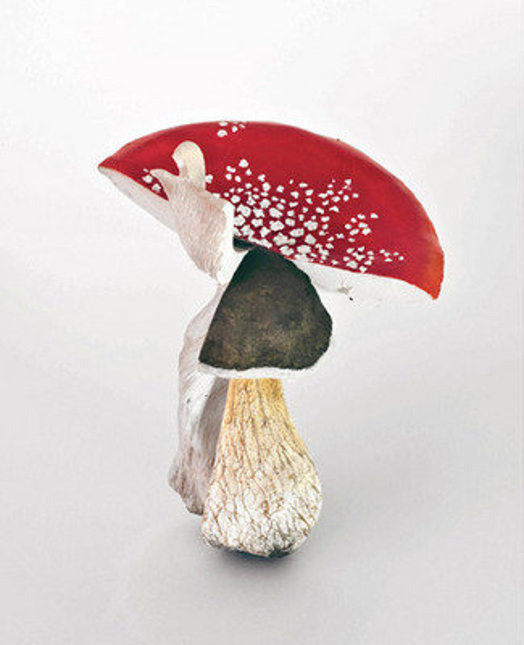 Hormones are signalling molecules that regulate a number of functions within the organism - they are internal modifiers, invisible forces that decide upon what happens next. They shape from within, just like thoughts, ideas and dreams. Just like artworks.
Baldo Hauser, 2014

Hormoon/Hormone is an exhibition dealing with the principle of division as a method for breaking down an existing unit into fragments and fragments of fragments. This breakdown entails a change of form, not just in quantity but rather in its essence. Division is a fundamental principle of life. Cells divide in growing organisms, while the quality of division is regulated by hormones. Even more decisive, perhaps, are the divisions that occur between chromosomes at the origin of sexual reproduction: after the male and the female have united, chromosomes are recombined, and divided, to reduce the double amount to a life-enabling singular set. Recombination and division, as a result, make the new, the singularity of the organism; otherwise we would all be clones. No, we wouldn’t even be.

At the same time, and somehow in contrast to this mechanistic principle (that, in the end, produces life, enigmatically), division is also the very foundation of non-figurative and non-representational art. It is by dividing itself from nature, in a way that is not found in nature, that art becomes distinguished, emancipated. It divides itself in a different fashion than the dividing cells. The principle remains the same, though. Division is distinction and by distinction the new form arises. Hence, division can be seen both as the basic principle of nature and the method to overcome nature. Maybe art is only one out of several ways to go, but since the invention of abstractionism, the possibility of a true separation from nature has become manifest.

So, where to go from here? The principle behind the objects exhibited in Hormoon/Hormone is characterised by an attempt to recombine the abstract with nature (both alive and physical nature) as the possible next step. The outcome will be bastards who won’t obey our laws any longer. If they are viable – or not – remains to be evaluated. The dividing principle is the result of an inner logic which is constantly perpetuating itself, but doesn’t overcome it’s own meaninglessness by trying to separate itself from itself. The good thing is, no answer in sight, just an endless row of ever diminishing fragments of fragments.