This exhibition opposes the permanence of a medium, painting, whose images traded all over the Internet on Instagram, Facebook or Twitter, circulate profusely and instantly from now on, freed from any perspective, evaluation or analysis, to the fundamental differences that characterize art practice and its understanding over the last decades. 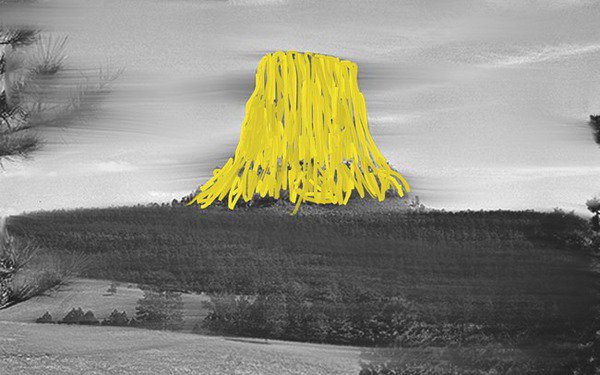 Inspired by Peter Schjeldahl’s quote that “Modern art history has ceased to represent a road traveled, and has come to seem an encircling panorama,” this exhibition gathers paintings (landscapes, portraits, shapes) by nearly twenty international artists from different generations, from Bridget Riley to Christian Rosa. Their artistic commitment harks back to some various eras when choosing a discipline –visual arts – didn’t carry the same promises or contingencies.

If Peter Schjeldahl drew this observation in the first article he published in the Village Voice on January 7, 1981, describing what seemed to him a new situation for art (a postmodernist use of history and the consequences of an economy that multiplies some fortunes), today it takes on an even more radical signification. The complex initiation journey that used to lead to a knowledge of art as well as the path made out of the ruptures traced by the avant-gardes seem to have given the way to a 360º panorama that offers an immediate and simultaneous access to the near totality of art production and its history. To the new generations, art from the last few decades may present itself as a tumblr, a panoramic view with uninhibited entertainment virtues. This “view” reminds us of the then-popular 19th Century panoramas, these imposing rotunda-shaped buildings whose interior was painted with a continuous trompe-l’oeil retelling of a historical moment – many were built on the Montmartre Boulevard in Paris between 1799 and 1805.

The Shell (Landscapes, Portraits & Shapes), a show by Éric Troncy stages one possible current panorama. This exhibition opposes the permanence of a medium, painting, whose images traded all over the Internet on Instagram, Facebook or Twitter, circulate profusely and instantly from now on, freed from any perspective, evaluation or analysis, to the fundamental differences that characterize art practice and its understanding over the last decades.

The paintings exhibited here traverse disparate styles and generations without any order or hierarchy –à la Google– but with this substantial difference: these are not mere images but paintings. Each speaks of a moment in this panorama, a memory from the road: the stripes Bridget Riley started to paint over and over all life long, Betty Tompkins’ erotic paintings seized by French Customs when they were exhibited in Paris at the beginning of the 1970s (now made banal by the pornographic images of Tumblr), Alex Katz’s faces and flowers that have passed through eras, John Currin’s figurative paintings that were met with fierce hostility 20 years ago, the paintings made on iPads by David Hockney whose work was always ahead of his time. Here they meet and form some connection with paintings made by much younger artists as well as artists form intermediate generations (Julian Schnabel’s 1990s painting accidentally casting light on Joe Bradley’s, Alex Katz’s portraits illuminating Brian Calvin’s).

Whether they address a conception indexed on a history of art that would follow the shape of a road, or of a panorama, each one tells something about the history of painting –and taken all together as a whole, most certainly, something about today. “From this ancient world we came back to one younger, as far as years go, than our own” (Virginia Woolf, Diary, January 18, 1918).