Filmmachine 5.1/Spy film 1991-2014. One of the so called cold machines that get along without a projector. It shows the NSA seal-eagle as an abstract weaving pattern. 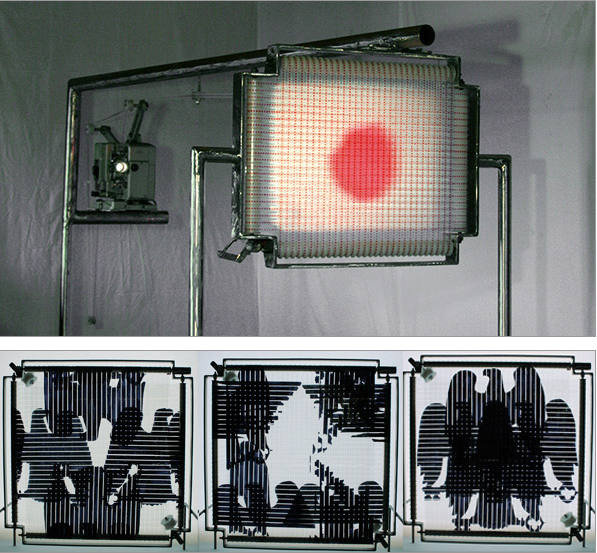 From a series of filmmachines since 1987 Filmmachine 5 is one of the so called cold machines that get along without a projector.

They don't show the film picture by picture but permanently and in its entirety. The cinematic time-picture mutates to a woven space-time-picture. The condensed, layered and overlapping film in space becomes a choreographic pattern, a metapicture of film in its entirety. Parallels to Big Data as a metalevel of global dataflows provide the motive for the film.

Spy film shows the NSA seal-eagle as an abstract weaving pattern, being de- and reconstructed by the filmic network. Only every few minutes the picture of the entire eagle flashes as a break between the cycles.

At the opening on Thu, Dec 04 Christoph Steffner shows a documentary about his work and a selection of his films in Raum D / quartier21.