The Art of Henri Michaux

Exhibition and lecture. Henri Michaux was born in Belgium in 1899. He began his career as a poet but became inspired to paint after moving to France in 1922, and discovering the works of Paul Klee, Max Ernst, Giorgio de Chirico and Salvador Dali... 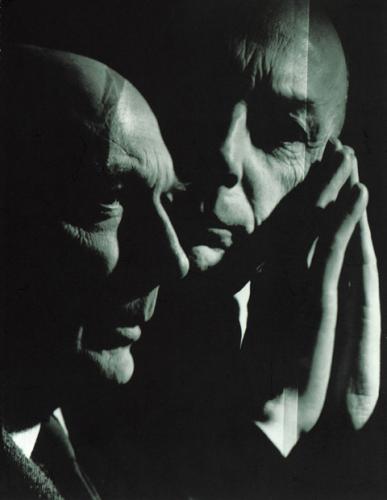 L'Alliance Francaise de Hong Kong, the University Museum and Art Gallery, and the Language Centre of The University of Hong Kong jointly present an exhibition and lecture on the art of Henri Michaux.

Henri Michaux was born in Belgium in 1899. He began his career as a poet but became inspired to paint after moving to France in 1922, and discovering the works of Paul Klee, Max Ernst, Giorgio de Chirico and Salvador Dali. He published his first book, Qui je fus, in 1927 followed by travelogues such as Un Barbare en Asie (A barbarian in Asia). In 1939, he published a collection of poems together with some of his abstract illustrative works to guide the reader through his poetry.

Although Michaux continued to write, he became more and more interested in painting. He had a pronounced love of Chinese art, developing a long friendship with the Chinese artist Zao Wou-ki. Michaux became a French citizen in 1955. His works of the 1960s were influenced by his experiments with drugs, particularly mescaline, which he considered as a way to discover the depths of the human consciousness. In 1979 the Centre Pompidou in Paris and the Guggenheim Museum in New York presented a major retrospective of his works, just five years before his death in 1984.

To mark the twentieth anniversary of this great writer and painter's death, the University Museum and Art Gallery, The University of Hong Kong, will be exhibiting almost twenty of his original pastel, ink and paper, and lithographs on loan from the collection of Michaux's widow, Micheline Phan Kim. In addition there will be a number of posters from the French Ministry of Foreign Affairs presenting the life and works of Henri Michaux on display.

The exhibition opening will take place at the Museum on Thursday 18 March at 6:00 pm. Mr Francois Gaudeau, Director General of the Alliance Francaise in Hong Kong, will officiate.

Following the opening, Professor Jean-Pierre Martin, author of a highly acclaimed biography of Michaux, will present a lecture in English on the life and work of Henri Michaux at the Museum. The lecture will be followed by a reading of Michaux's poetry. This programme is free and open to the public.