This 5th edition of the festival is focusing on Young European Photography by exhibiting a photographic dialogue about Europe. Along with a significant exhibition hosting the work of 43 photographers, educational activities and workshops will be organized. 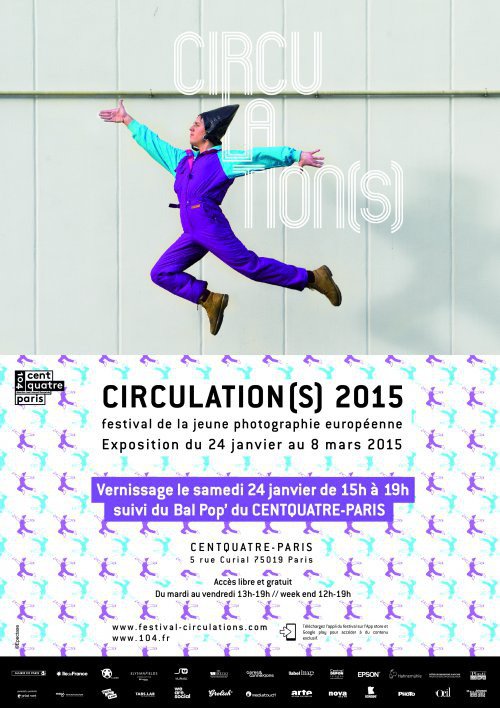 Since its first edition in 2011, Circulation(s) Festival of Young European Photography has been held in the “Parc de Bagatelle”, in Paris. Thanks to Fabienne Giboudeaux support, (Deputy Mayor in charge of the green spaces and to Sylvie Depondt and Christophe Chaumont at the Environment and Green spaces Direction (DEVE), the Festival has evolved into a major event in the French photo industry.

With 4 consecutive years of success and a growing recognition coming from the audience and the media, the Circulation(s) festival is gaining momentum by setting up last year the exhibition at the “CENTQUATRE-PARIS”. This center located within Paris, recognized for its qualitative cultural program will give the festival a great exposure and a chance to be visited by a wide audience.

For the fifth year, the Circulation(s) festival is the only one focusing on Young European Photography by exhibiting a photographic dialogue about Europe.
Aiming at scouting and developing talents coming from the young European photographic scene, the festival, organized by Fetart, (a non-profit organization created in 2005), also wishes to connect and federate with partners promoting the same ambition: helping the young photographers to step into the professional market and exhibit an innovative contemporary artistic production.

The festival programming is staged with the Jury’s selection - made after an international call for submission, the selection from an invited school and one from an invited gallery as well as the selection promoted by this year’s sponsor, Nathalie Herschdorfer, director of the “Musée des Beaux-Arts du Locle”, in Switzerland.

Along with a significant exhibition hosting the work of 43 photographers, educational activities (guided tour by the artists, screenings, …) and workshops (portfolios lectures) will be organized for the public at large and young photographers.

A bilingual (French / English) color catalog will be edited and published by the “Éditions du Bec en l’Air”. It will introduce each artist and participant involved in the Circulation(s) 5th edition. The catalog should be on sale on site during the festival and in every specialized bookstore.

Discover the new series of three photographers of Circulation(s) exposed to the Station of Paris-North as well as a selection of photos exposed to the CENTQUATRE- PARIS. Exhibition realized in partnership with Gares & Connexions.
- Karolin Klüppel (Allemagne)
- Charlotte Lybeer (Belgique)
- Guillaume Martial (France)

Press opening January, Friday 23 from 10am to 1pm
Public opening on January 24th from 3pm until 8pm followed by a Bal “special Circulation(s)” until 10pm.

CENTQUATRE
5 rue Curial 75019 Paris
From Tuesday to Friday from 1am to 7pm
Weekend from 12am to 7pm
Closed on Mondays
Free access
Access for late performance: 5 rue Curial entry only