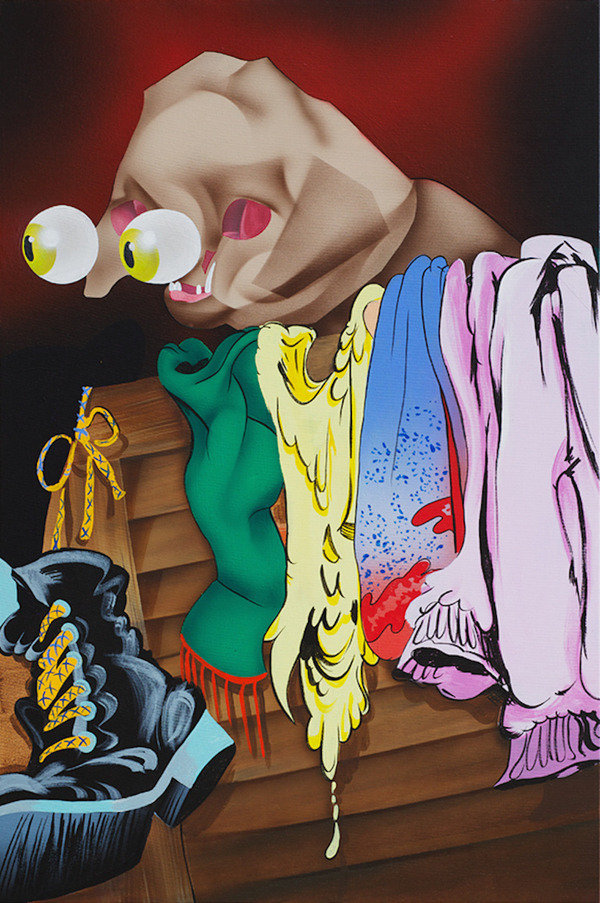 Ragnar Kjartansson is known for his spectacular, music-filled performative live installations and video work. The history of film, music, theatre, visual culture, and literature finds its way into his durational performances, video installations, drawing, and painting. In 2009 Kjartansson traveled to the Rocky Mountains in search of the epic. Filmed in Banff, Alberta, The End is a five-channel video installation synched together as a single, disfigured country music arrangement in the chord of G. Produced with the support of The Banff Centre for the Icelandic Pavilion at the 53rd Venice Biennale, the piece was developed by Kjartansson in collaboration with Icelandic musician Davíð Þór Jónsson at The Banff Centre in February 2009.

Kjartansson and Þór Jónsson filmed and recorded the song’s instrumental parts in five idyllic and sublime sites around Banff in temperatures as low as -4 degrees Fahrenheit. The resulting projections were arranged to echo one another, with Kjartansson and Þór Jónsson performing multiple parts of the same song. Using the Rocky Mountains as a stage set to perform the historically romanticized role of the artist in the landscape, Kjartansson questions the cultural narratives that mediate our experiences of nature. All the while the work’s melancholic beauty and intoxicating soundtrack prove overwhelmingly romantic, eliciting a curiosity in the contemporary abyss.

Kjartansson studied at the Iceland Academy of the Arts. He was born in 1976 in Reykjavík, where he still lives and works today.

MOCAD presents The End as the beginning of a partnership with Ragnar Kjartansson. In February of 2016 MOCAD will present a newly commissioned work. This exhibition has been organized by the Museum of Contemporary Art Detroit and is curated by MOCAD Executive Director Elysia Borowy-Reeder and MOCAD Senior Curator at Large Jens Hoffmann.

Tirtza Even: Natural Life
DEPE Space (Department of Education and Public Engagement) artist Tirtza Even presents Natural Life, an experimental documentary installation produced in conjunction with the legal efforts of The Law Offices of Deborah LaBelle. Natural Life challenges inequities in the juvenile justice system by depicting the stories of six youths who received the most severe sentence available for convicted adults; being sentenced to die in prison (i.e. given a sentence of "natural life" or "life without parole"). These stories are presented against the overlapping contexts of social bias, neglect, apprehension, and alienation. Natural Life is organized by the Museum of Contemporary Art Detroit and curated by MOCAD Curator of Education and Public Engagement Amy Corle.

The second segment in the Detroit Affinities series will spotlight the work of New York artist Jamian Juliano-Villani, marking her first solo museum exhibition. Juliano-Villani’s expansive use of imagery in chaotic scenes painted in a bright, intense palette, are informed by a wide range of sources from modernist abstract painting, Japanese pen and ink to 1930s and 1980s American cartoons including Ralph Bakshi’s curvaceous women. She was born in 1987 in Newark, New Jersey and currently lives and works in Brooklyn, New York. DETROIT CITY runs from September 12, 2014 until January 7, 2018.
MOCAD presents DETROIT CITY, a multiyear program of exhibitions, talks, publications, and educational initiatives investigating Detroit’s current artistic, political, cultural, and economic realities, and what Detroit has in common with other cities and regions around the globe. Detroit Affinities is organized by the Museum of Contemporary Art Detroit and curated by Senior Curator at Large Jens Hoffmann.