Celebrating 20 years of collecting photographs at the Museum, a new exhibition spotlights the genius of 38 seminal photographers selected from more than 600 represented by in-depth holdings at the Museum. From Hippolyte Bayard to Diane Arbus, the influential pioneers presented here span more than a century of photography, from the earliest years of the new art form in the late 1830s to the late 1960s. Weston Naef, curator, discusses today the exhibition 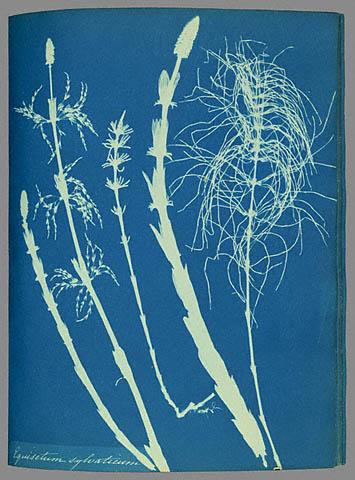 Celebrating 20 years of collecting photographs at the J. Paul Getty Museum, a new exhibition spotlights the genius of 38 seminal photographers selected from more than 600 represented by in-depth holdings at the Museum. Photographers of Genius at the Getty, on view from March 16 through July 25, 2004, is the Getty's spring Premiere Presentation, marking it as one of the most important shows of the year.

From Hippolyte Bayard to Diane Arbus, the influential pioneers presented here span more than a century of photography, from the earliest years of the new art form in the late 1830s to the late 1960s. Each photographer featured in the exhibition advanced the art of photography and in the process brought about change in the history of art, influencing subsequent generations of artists and visual perception. Many celebrated photographers are included here, such as Manuel Alvarez Bravo, EugÃ¨ne Atget, BrassaÃ¯, Julia Margaret Cameron, Henri Cartier-Bresson, Walker Evans, AndrÃ© KertÃ©sz, Dorothea Lange, Gustave Le Gray, LÃ¡szlÃ³ Moholy-Nagy, Man Ray, Alexander Rodchenko, August Sander, Alfred Stieglitz, and Edward Weston. Others will be new even to experts. Early innovators Joseph-Philibert Girault de Prangey, Anna Atkins, Camille Silvy, Henry Bosse, and the Langenheim brothers have been rediscovered in recent years, bringing to light the importance of their particular contributions.

Photographers of Genius at the Getty, which commemorates the 20th anniversary of the department of photographs, is dedicated to the vision and accomplishments of 38 of the most important photographers represented in the Getty Museum's collection. ''In considering which photographers to include in this exhibition, it was not easy to select the few from the many extraordinary artists in our collection,'' said Weston Naef, curator of photographs at the J. Paul Getty Museum and curator of the exhibition. ''Our criteria, however, were clear: Each candidate must have exerted a strong formative influence on visual perception, whether during his or her lifetime or afterward; each needed to be represented by substantial holdings in the Getty collection; and each had to demonstrate great originality and artistic integrity.''

Many of the photographs on view have become icons, widely reproduced in art and photography, while others have exerted a more subtle influence. Among the highlights are a group of daguerreotypes by early innovator Joseph-Philibert Girault de Prangey, which have never before been exhibited. In 1842, armed with a few hundred pounds of cameras, lenses, chemicals, and related hardware, Girault de Prangey embarked on an extended tour through Italy, Egypt, Asia Minor, Turkey, Syria, and Palestine, creating around 900 daguerreotypes of ancient monuments and sites. Forgotten for years, Girault de Prangey's works remained largely in private storage until 2003, when the Getty Museum acquired several important examples from this remarkable body of art.

The exhibition will also feature a display of apparatus employed during the early years of photography, including a large-format mammoth-plate camera, which was ideal for depicting the grandeur of landscape and a hand-held stereoscope, a twin-lens device used to view stereographs, pairs of images. When seen through a viewer, the stereograph appears three-dimensional and offers the rich illusion of depth. The photographs collection is one of the strongest and newest at the Getty Museum, created in 1984 through the simultaneous acquisition of several major American and European collections of photographs. The bold vision of this endeavor placed Los Angeles on the map as a center of connoisseurship and study in the history of photography, from its experimental beginnings in England and France in the 1830s to the social documentary tradition of the 20th century. By the end of 2003, the Getty Museum will have acquired about 35,000 individual prints, 1,500 daguerreotypes and other cased objects, 30,000 stereographs and cartes-de-visite, and 475 albums containing almost 40,000 mounted photographs.

A richly illustrated book will accompany the exhibition. Photographers of Genius at the Getty, published by the J. Paul Getty Museum, includes 116 illustrations with interpretive text by curator Weston Naef. In addition, the book functions as a reference guide for the Getty Museum's photographs collection, with a complete list of exhibitions and publications produced by the Getty relevant to the 38 artists represented in this book and exhibition, and a comprehensive list of photographers held in depth in the Museum's collection.
The book will be available at the Getty Bookstore or online from the web site of the museum

Lectures
The Photography Series
The Exhibitions Pavilion is open until 9:00 p.m. for these lectures.

Sandra Phillips, Curator of Photography, the San Francisco Museum of Modern Art, explores the concept of found vs. staged photographs.
Thursday, May 6, 7:00 p.m.