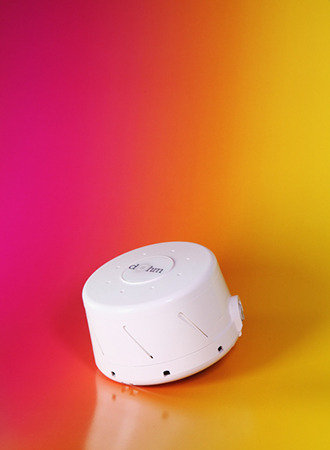 The Missing Hour: Rhythms and Algorithms is the third solo show by Danilo Correale at Raucci Santamaria Gallery in Naples. The exhibition is made up of new works that reference the artist's research on the politics of sleep. They take shape from various scientific, historical and production apparatuses, which reveal the social complexity of the apparently banal act of sleeping. Correale weaves an argument for how the circadian rhythm has become a continuously evolving algorithm, ever since the equation that bonds productivity to the extension of the working time became part of the late capitalist dream of a never-ending production model.

The "missing hour" referenced in the title alludes to the wakeful interval that divided, in pre-industrial times, the slumber of the working classes into two segments. It makes reference to the one less hour we sleep today than we did only a century ago, before the full impact of the Industrial Revolution. The attempt to regulate our biorhythms in modern times is facilitated through elements such as artificial light, daylight savings time, and the circulation of common psychoactive drugs like caffeine. Nowadays, to this list we can add the colonisation of rest itself as a space of productivity. Dreams, desires and aspirations have gone from being companions of our sleep to algorithmic constructions that discipline our social network feeds and influence our purchases, approaching a state in which we never detach ourselves from our primary role as consumers.

The exhibition, according to Correale, creates an environment where the political life of sleep can be grasped in its current condition, struggling amongst the attempts of scientific and economic systems that wish to control it through the opportunistic extension and contraction of the waking day. The artist offers the notion that ultimately the act of sleeping has the potential to resist any normalization, as it is perhaps the most direct and unquestionable expression of our subjectivity.

Among the works exhibited is the installation NoMoreSleepNoMore, which takes as its starting point the function of a sleep machine and the white noise it produces to presumably erase all sounds from a room, thereby creating the ideal conditions for sleep. Comprised of an 80-minute video and seven framed and unframed images on the walls, the work is inspired by conversations between the artists and American experts on the subject of sleep: an anthropologist, an historian, and a physician who presents the main thread of the exhibition. The wide cognitive scope disclosed through these dialogues is interweaved with a progression of images of moving coloured fluids, composed during the year the interviews were made as a visual residue of the hours of sleep deprivation the artist endured.

In Danilo Correale's artistic research there is the wish to not only interpret the capitalist colonisation of biological data in a post-fordist sense—namely with the expansion of working time and space beyond established realms—but also to survey the ongoing conception of novel productive domains. Here Correale suggests sleep to be the ultimate space of resistance to an all-encompassing capitalist imagery.

Danilo Correale (b. 1982) is an artist based in Napoli and New York. His artworks have been exhibited and presented internationally in numerous biennials and shows, such as IV Moscow Biennial; Manifesta 8; Prague Biennale; Steirisher Herbst; Performa 13; PeepHole, Milan; Raucci Santamaria, Naples; Supportico Lopez, Berlin and Entrée, Bergen. In recent years he was awarded with the Ermanno Casoli Award and the 2013 Talent Prize.

The artist would like to thank Matthew W. Meyer, Professor of Anthropology at UCSC; Roger Ekirch, writer and Professor of History at Virginia Tech; Dr. David. M. Rapoport, Director of Department of Sleep Disorders at NYU Clinic; and Simon Williams, Professor of Sociology at Warwick University UK.

A monographic publication on the work of Danilo Correale is due to be published in winter 2015 by Mousse Publishing.