A panorama of contemporary positions of artists of Iranian origin operating in and between Tehran, London, Paris and the metropolises of the USA. This network has produced some very interesting works that show the way art reflects history, as well as social and political conditions. The artists refer to Iranian traditions, capturing lived experiences in metaphors, powerful symbols and poetry. The Exhibition presents the contemporary positions of eighteen Iranian artists, some of whom have already found great international resonance with their photos, video projects, installations and films. A program of music, theatre, literature, films and conference. Today start theatre programme 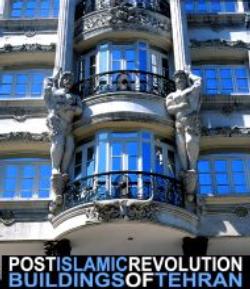 FAR NEAR DISTANCE presents, for the first time in Germany, a panorama of contemporary positions of artists of Iranian origin operating in and between Tehran, London, Paris and the metropolises of the USA. This network has produced some very interesting works that show the way art reflects history, as well as social and political conditions. The artists refer to Iranian traditions, capturing lived experiences in metaphors, powerful symbols and poetry. They reveal and cross boundaries and restrictions, situate contradictions and paradoxes in a way that uncovers inconsistencies within the system. The results works that are as expressive as they are remarkable, and which blend reality and fiction in order to bewilder and create novel works.

The artists living outside Iran have received these impulses as a challenge. But in the midst of all, their artistic language creates distance through irony, sarcasm and humour. This tension has created that reflexivity which we call Far Near Distance.

The programme was conceived and developed in close cooperation with the Iranian-Lebanese curator, Rose Issa, who lives in London. Rose Issa is one of the leading experts on the fine arts and film of the Middle East. In her work as curator, she focuses upon the specific artistic language that has evolved in Iran, and which has accumulated even greater energy within the international Iranian network. Its language is simple and to the point, bringing paradoxical conditions to a head. It draws on Persian traditions, and captures lived experience in powerful symbols, complex metaphors and poetry. It raises vital questions using the ordinary symbols commonplace to everyday life, fusing reality and fiction, which both confuse and at the same time produce novel works. Although the artists are emotionally very committed to their work, they display a cool restraint, and maintain distance by means of irony, sarcasm and humour â€“ thus sustaining the tension, which holds this ''far near distance'' together.

Among the artists are such great names as Shirin Neshat, Siah Armajani, Parastou Forouhar, Abbas Kiarostami â€“ to name but a few â€“ who have attracted attention throughout the world. Young talent, hitherto unknown in Germany, will also be appearing, including the rock band O-Hum from Tehran. Commissioned works by young artists, as well as the latest theatre productions from this year's Fadjr Theatre Festival in Tehran, not only reflect present conditions in Iran, but also give the project an immediacy, if not an urgency.

The Film Series which takes 'Real Fiction' as its motto, shows new approaches to film by young talents as well as works by internationally acclaimed directors from Iran. It also traces the development of the aesthetics of Iranian cinema. However, it will primarily concentrate on five aspects of film: Real Fiction is devoted to transcending the boundaries between documentary and feature films, The Making of... shows the medium in the act of production, taking as an example two generations of film-makers. Alienation focuses on the polarisation of Iranian society, a development that has produced something like a schizophrenia of everyday life. Documentations shows the highlights of documentary production whilst Private and Popular presents films that have been big commercial hits in Iran, but have remained almost unheard of outside the country.

The Music Programme examines the productive tension between local traditions and global developments. Some of the biggest stars in the Iranian music scene are as much at home in Los Angeles or Paris as in Iran itself. Alongside these â€“ and following a long period of silence â€“ a new, young music scene has begun to emerge in Iran's cities. Rock, pop and jazz are being played and sung, produced and heard- missing in this budding scene is still, of course, dance in public places. The FAR NEAR DISTANCE music programme will be presenting classical Persian music as well as fusions of Sufi and rock, jazz and Persian folk music.

The Theatre Programme acknowledges the booming theatre scene in Iran. Its central forum is the Fadjr theatre festival. Over the past few years, awards have been given, above all, to critical and radically aesthetic works, making theatre one of the leading art forms in the cultural process unfolding in Iran. In February, at the Fadjr Festival, three contemporary productions were selected for Berlin that stand for the new aesthetics within Iranian theatre.

Literature enjoys a very high status in Iran. Proceeding from the centuries-old tradition of Persian poetry of a Rumi or Hafi, an original language of literary modernity came into being in prose, too, during the 20th century. The Literature Programme will show the different ways in which Iranian authors reflect upon social reality: in magical-realistic, surrealistic, or in detailed socially critical approaches.

In the Conference Programme Framing, curators, experts and artists will be discussing problems and strategies in presenting and representing (non-European) cultures. The project FAR NEAR DISTANCE and the work of the House of World Cultures will serve as two examples here.

Film is an area in which an ever greater number of young directors â€“ reflecting Iran's extremely young population â€“ are achieving success. No wonder that film will play a central role in the Youth Programme. There will be a video workshop, followed by workshops on fine art, enabling Iranian artists and directors to establish links with the living situation of young people in Germany.