'Generacion 2015' presents the work of international artists who have not yet been shown in Spain. Neil Beloufa presents a series of new sculptures and video works, exhibited in architectural installations. 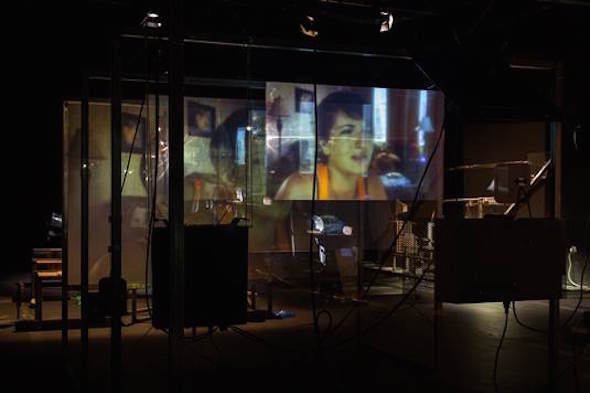 Generaciones, Fundación Montemadrid's young art competition since 2002, aims to provide young artists with the tools they need for the production and promotion of their work. Generación 2015 presents ten projects produced for the occasion by the ten young artists chosen by a jury of prestigious experts. The ten artists selected for the 2015 edition are Elena Aitzkoa, Objetos nómadas [Nomadic Objects]; Cristina Garrido, #JWIITMTESDSA? (Just what it is that makes today's eLJ;A; Lucía Simón, Sin titulo-libretos [Untitled: Librettos]; Pep Vidal, Following the (Magnetic) North Pole; and Oriol Vilanova, Sin perder casi nada [Without Losing Hardly Anything].

In this first exhibition in Spain of Neïl Beloufa, produced by ICA, London, La Casa Encendida presents a series of new sculptures and video works, exhibited in architectural installations specifically designed to break the viewer's conventional engagement with the screen. Through his audio-visual installations, Beloufa attempts to sever our conventional relationship with the screen and redirect the way in which we relate to the imaginary constructs of the digital and real world. The exhibition explores how we choose to communicate, interact and interpret the world since the advent of the digital era.

French-Algerian artist Neïl Beloufa was born in 1985 in Paris. He has had recent solo exhibitions at the Mendes Wood Gallery, Sao Paolo (2014); Fondation d’Entreprise Ricard, Paris (2014); the Hammer museum, Los Angeles (2013); and Kunstraum Innsbruck, Innsbruck, Austria (2012); Beloufa has received many other honours, most recently the Audi Talent Award, Paris (2011) and the Meurice Prize for contemporary art (2013).

A production of ICA with the support of Institute Français