The Present and Presence

Repetition 8 - A Time of Intimate Decisions. The featured works are marked by intimate decisions or based on linguistic signs; either made on paper or executed in the street. Linguistic subject matter was put on view for its visual or typographical features, which created a specific poetic space through its arrangement and semantics. 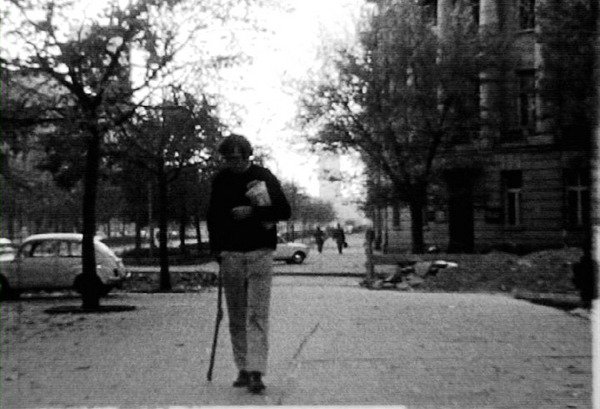 You are kindly invited to a new repetition of The Present and Presence, on view in two rooms of the first floor of the Museum of Contemporary Art Metelkova. The featured works are marked by intimate decisions or based on linguistic signs; either made on paper or executed in the street. The dynamics of sociopolitical developments and the systems of power precluded a clear-cut division between critical intellectual action in the public sphere and the intimate sphere of the creative process. The focus is thus on individuals and their small, private, barely perceptible intimate gestures, expressions of powerlessness that nonetheless harbor potential for social change, becoming moments of decision as it were, in the form of collages of torn-up "language sheets" (Sprachblätter), visual poetry, or banners.

In the 1960s, language began to play a dual role, becoming its own commentary. Linguistic subject matter was put on view for its visual or typographical features, which created a specific poetic space through its arrangement and semantics. Jiři Valoch and Franci Zagoričnik joined the ranks of artists who believed that limiting themselves to the semantic values of words no longer sufficed. In their optical drawings produced with a typewriter, signs or letters lose their meaning, creating a visual meta-language and becoming pure structures. This was also a time when artists went out into the streets, immersing themselves in the flow of everyday life, performing their actions without any word of explanation or any announcement or forewarning. With all gravity and care Milan Knížák carried out his demonstration in the center of Prague, only to calmly walk away afterward without a single further gesture. Following the same conceptual path Tomaž Šalamun drew his continuous chalk line on the roads around the Petrovaradin Fortress (Novi Sad, Serbia).

In the 1970s, artists would already follow detailed scripts in their performances: Jiři Kovanda's gestures and movements were carefully chosen such that the passersby had no idea they were witnessing a performance. When traveling West with his friends, Endre Tót began organizing actions in public in the hope that passersby would join in; this happened in 2008 in Ljubljana, when we staged our Museum in the Streets project. Earlier on, when fear of reprisals kept him from venturing into the streets, he produced banners in the tradition of reductionist painting: empty zeros in them represented empty ideological speech. Endlessly repeating zeroes make up a pattern that, like a word repeated ad infinitum, ends up losing its meaning. In this respect, Tót's banners are similar to both optical texts and the rhythmic repetitions in Miklós Erdély's drawings problematizing the representation component in art. Similarly, Carlfriedrich Claus's linguistic sign systems and "language sheets" (Sprachblätter) from the 1990s follow the tradition of Mangelos's manifestos on blank globes that likewise become increasingly short and contradictorily complex in their rearrangement of words in response to a specific intimate impulse or the interplay of functional thought and the poetics of writing.