Kyoto International Festival of Contemporary Culture 2015. A large-scale international exhibition of contemporary art with approximately 40 artists from around the world, at the Kyoto Municipal Museum of Art, The Museum of Kyoto, and other locations in the city. 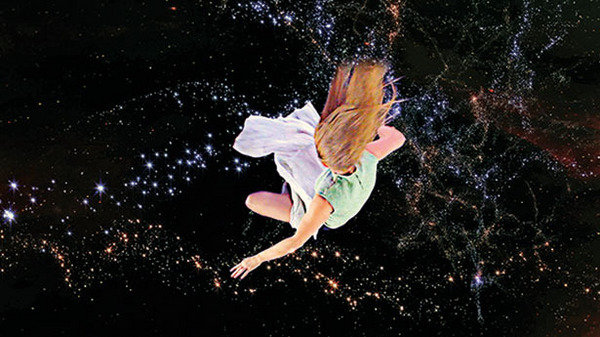 “Parasophia” was inspired by the femininity of the word sophia, the light ring of the word para, the visual image these words suggest, and Kyoto’s position on the world map. It is a coinage derived from the Greek para and sophia, the latter meaning “wisdom,” and the former being a prefix meaning “beside or adjacent to” or “beyond or distinct from, but analogous to,” as in paradox, parasol, parachute, paraphrase, paranoia, parameter, and so on. In the context of high school Chemistry, the term para also indicates a combining form designating the position straight across the hexagonal aromatic compound known as the benzene ring. The other positions are ortho and meta (see diagram). Ortho generally means “straight” or “upright,” as in orthodox, and meta suggests something that is “higher” or “beyond.” I prefer para to the rigidness of ortho and to the sense of hierarchy suggested by meta.

When I thought of “Parasophia,” the Hagia Sophia—which embodies the wisdom of the Eastern Roman Empire, the Byzantine Empire, and Islam—came to mind. The Hagia Sophia in Istanbul and Kyoto sit on the eastern and western ends of the Asian continent, in a para orientation from one another on the world map. Istanbul is one of the starting points of the Silk Road, while Kyoto is among the end points of this important route. I felt that this geographical relationship between the two cities was extremely symbolic when thinking about Kyoto as a site of international exchange and cultural production.

Additionally, the diagram of the benzene ring brings the history of Kyoto and the transition of its urban structure to mind. The city of Heian-kyō (the present Kyoto) was established in 794 AD with a rectangular, grid-based structure. In the 15th century, the civil war known as the Ōnin War transformed Heian-kyō into a narrow hexagon that stretched from north to south. Heian-kyō began to recover its vitality in the middle of the 16th century, and by the late 19th century, the city began to expand to the east and west, resulting in the hexagonal, benzene ring-like shape that Kyoto has today. The structural diagram of the benzene ring is, to me, an image that symbolizes the immortal city of Kyoto, nearly a life form in itself. The manner in which the benzene ring reaches out to form new bonds mirrors the strongly magnetic nature of Kyoto, or its ability to ceaselessly attract and bring widely varied forms of talent and intelligence into the city, a characteristic that is part of the true nature of its history and tradition. Kyoto can be described as a magic circle of sorts that connects the past with the future and is brimming with endless possibilities. The talent and intelligence that form bonds with Kyoto conceive of new ideas and receive inspiration for new creations and expressions from this city, while also adding to the power and potential of Kyoto. “Parasophia” is meant to represent Kyoto’s position as an instrument of intellectual and cultural production, rather than a city that merely consumes.

Parasophia: Kyoto International Festival of Contemporary Culture 2015 will feature approximately forty artists from Japan and abroad. The exhibition will be complex and multilayered in content, drawing the intellectual empathy of specialist art audiences, with a lighthearted air that can be enjoyed by the whole family.