In occasion of the 2015 International Year of Light and Light-based Technologies, The Kunsthalle Budapest presents a project by Attila Csaji. 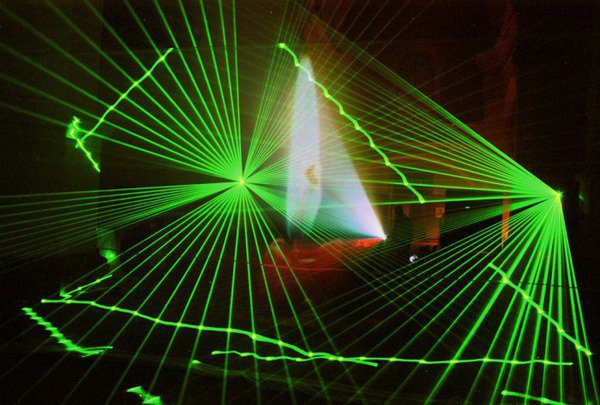 UNESCO proclaimed 2015 as the International Year of Light and Light-based Technologies. The Kunsthalle Budapest contributes an exhibition of the Munkácsy Prize-winner Attila Csáji to the initiative.

The physical and spiritual dimension of light has assumed a crucial role in the oeuvre of Csáji (1939). Assuming a key role from the 1960s onwards as artist and organiser of the Hungarian Neo-Avant-Garde (as founder of the Szürenon Group, active participant of the Balatonboglár chapel exhibitions and organiser of the legendary R Exhibition at the Budapest Technical University), he initially followed the idiom of Surrealist and organic form-creation and gesture painting, and gradually moved on to works interpreted by means of, and conceived in, light, such as light grids, plastic works illuminated with changing light, and holograms.

Following the tradition of László Moholy-Nagy, Victor Vasarely, Nicolas Schöffer and György Kepes in exploring the relationship of art and science, Csáji has since the mid-1970s co-operated with the Central Research Institute for Physics of the Hungarian Academy of Sciences and the Massachusetts Institute of Technology in researching the artistic role of laser. He developed a new procedure for transforming images, the method and means for superposition which exploits the monochromatic properties of laser light.

The most important international arts, sciences and technology journal Leonardo (US) was quick to recognise the significance of this novel procedure, and Csáji would publish his research papers there. In addition to foreign publications, he gave university lectures on his method, and following an invitation by the Massachusetts Institute of Technology, he was elected member of the Center for Advanced Visual Studies, a community in which he is the only Hungarian members alongside the founder György Kepes, and which also includes Hariet Casdin Silver, Paul Earls and the recently deceased Otto Piene of the Zero Group.

Thanks to his international relations, in 1996 Csáji founded the International Kepes Society whose members have made major contributions to the results of 21st-century science, technology and art by means of regular exhibitions and theoretical papers. The exhibition Light Path, Ethereal Lights reveals the relations and perspectives of a wide-ranging oeuvre that integrates an effort to produce new forms with scientific experiment. The Kunsthalle Budapest exhibition will present Csáji’s now classic Sixties and Seventies works together with his latest, large-scale laser installations that have excited broad public interest.