The Cipher and the Frame

The show is ispired by Peter Greenaway and his 1989 allegorical drama, The Cook, the Thief, his Wife & her Lover. Through a tightly structured composition, the film stages a series of archetypes in relation to five sets. 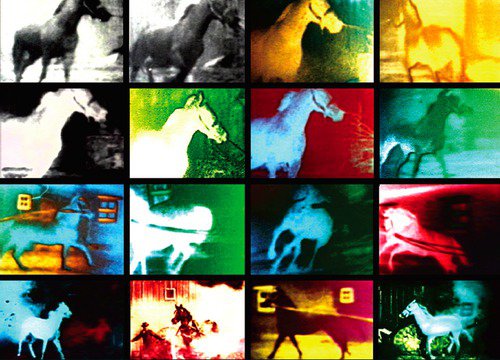 The Cipher and the Frame started with Peter Greenaway and his 1989 allegorical drama, The Cook, the Thief, his Wife & her Lover. Through a tightly structured composition, the film stages a series of archetypes in relation to five sets. This exhibition is a homage of sorts, but it is also about a method: a timed exhibition following a score, with overlays, silences and loops, programmed on and played off a Dave Jones sync unit.

The origin of the word cipher is ‘zero’, a void, null. In The Cipher and the Frame there is a return to the aesthetic and political stakes of the removed autonomy: the body double, the persona, the stand in. The exhibition focuses on an approach to representation in which the character is secondary to the framing devices that propel the action forward; devices ranging from the stage and the prop, to the social milieu in which the action is set.

Anna Uddenberg’s sculptural installation It (2011) sets the backdrop for The Cipher and the Frame and draws on her ongoing fascination with the dismembered and deconstructed persona. Tim Etchells’ new commission Spoken Out is an integral part of the exhibition’s score of moving image and
sound. This audio work is presented in two chapters in which a single voice occupies a set of six speakers. The voice is both disembodied – seemingly
perplexed by its lack of human place – and, at the same time, firmly located in the materiality of speakers and wires which substantially create, make place for, and frame the work. Etchells’ repeated, re-spoken and remade phrases become strangely concrete language-objects, summoning fictitious presence in its simple procedure of repeating and remixing. Spoken Out punctuates a score of moving image work by Juliette Blightman, Mike Kelley, Malcolm Le Grice, Stuart Marshall, Eléonore Saintagnan and Leslie Thornton.

Taking place during the opening of The Cipher and the Frame is Beth Collar’s durational performance and live video feed, The Hand of Glory, a work that will remain in the space for the duration of the show.