The the first comprehensive solo exhibition of Californian artist Channa Horwitz (1932-2013) featuring important works from all phases of the her career. Elin Hansdottir produces a site-specific work, which uses the architecture of the former margarine factory. First project of "Seizing the ivory tower": Viktorija Rybakova choreographs a hypnotic trip through the mental spaces. 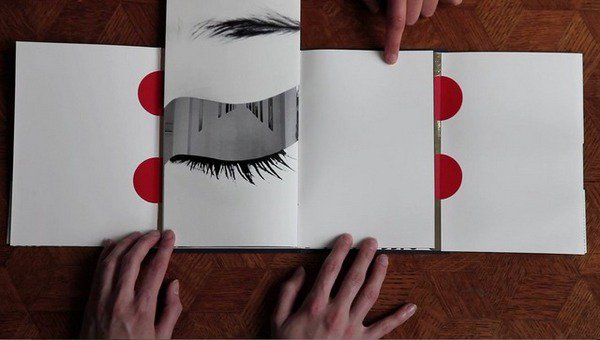 Featuring important works from all phases of the artist’s career, the survey provides an introduction to her œuvre and insight into key series such as the LANGUAGE SERIES, SONAKINATOGRAPHY, RHYTHMS, and STRUCTURES. In addition, a selection of construction drawings and documentary material is made public for the first time, through close cooperation with the trustees of the artist’s estate in Los Angeles.

In the late 1960s, Channa Horwitz developed an artistic language that attained freedom through deliberate confinement to a few simple rules. Since then, each one of her works has been based on the numbers one through eight, with a specific color code assigned to each number. Orienting herself to the format of standard American graph paper, the artist could depict time with the aid of graphic units, and movement in time as the corresponding color schemata. In this way, she designed structures that translate spatial-temporal relations into drawings, paintings, and multimedia sculptures.

The exhibition at KW retraces the development that led Channa Horwitz from figurative painting to conceptual abstraction, thus linking her œuvre to strategies that were being introduced in the same period by other minimal and conceptual artists.

On the one hand, the increasing abstraction of figural motifs led her to the basic forms of the circle, the square and rectangle, from which the LANGUAGE SERIES (1964–2011) emerged, among others. On the other hand, she developed a means of depicting movement – both of bodies and of objects in space, and of the voice and sound over time – as notations. These early experiments with moving objects led to the series SONAKINATOGRAPHY (1968– 2012), which she continued until her death in 2013, when it comprised of twenty-three different composition types. “Sonakinatography” was her new term, combining the Greek words for “sound”, “movement”, and “writing/recording”.

Each drawing in the series could as well be presented as a performance or a concert, or transformed into a spatial installation. For this exhibition, a large number of the compositions from this work complex – the artist’s most well-known to date – are brought together for the first time, and their presentation space forms the core of the exhibition. Since the mid-1970s, Horwitz started to explore new patterns, shapes and movements which led to series such as RHYTHMS and STRUCTURES and eventually incorporated up to four parallel levels within one drawing.

or SUSPENSION OF DISBELIEF at KW Institute for Contemporary Art, artist Elín Hansdóttir produces a site-specific work, which uses the architecture of the former margarine factory as a starting point for a spatial and filmic installation.

The first floor becomes a walk-in sculpture, and simultaneously the setting for an experimental film. This film is shot, edited and overlaid with a soundtrack before the show opens, and premieres on the floor above together with the installation. While in her installation Hansdóttir focuses on the space and its architecture by using objects and various surfaces, in the film she superimposes various temporal layers onto the same room with the aid of early cinematic illusion techniques such as glass painting. Thus in SUSPENSION OF DISBELIEF she interweaves the past and present, two and three-dimensionality, and movement. In collaboration with the choreographer Margrét Bjarnadóttir, the composer Úlfur Hansson and the filmmaker and cameraman Frerk Lintz, Hansdóttir develops a filmic experiment whose script, sound, camera, and movement are derived directly from the spatial circumstances of the space. The video presents alternative spatial possibilities of perception in the crossover space between three-dimensional and film media.

The term “suspension of disbelief” was coined at the beginning of the nineteenth century by the philosopher and poet Samuel Taylor Coleridge. It refers to the conscious willingness of the recipient to engage with – to “believe in” – an artistic fiction, so as to derive greater pleasure from it. Hansdóttir is particularly interested in the illusion techniques used in early cinema, in which – in contrast to the deceptively realistic special effects of today’s movies – the discrepancy between “real” image and the created fiction is conspicuous, and nonetheless accepted by the viewers.

Elín Hansdóttir places the viewers in the spotlight of her cross-genre installations. Employing acoustic and optical effects as well as architectural elements, her works explore the potentials and limitations of spatial experience. Over the past years, her artistic practice has shifted from sculptural concepts to dynamic spatial arrangements, which incorporate sound and light, but also address the changes in the viewers’ perception through their own movements as essential elements. SUSPENSION OF DISBELIEF is the first work by Hansdóttir in which the filmic experiment plays a key role.

The new exhibition series in the in-between level 3 1⁄2 at KW Institute for Contemporary Art, SEIZING THE IVORY TOWER, follows the exhibition cycle THE RETRACTION OF THINGS, curated by Lukas Töpfer, and is inaugurated with artist Viktorija Rybakova’s piece Oo, A PREVIEW on March 14, 2015. Over the next few months, KW’s assistant curator Nina Mende animates this independent space between the third and fourth floors with emerging and recent artistic positions.

Befitting its location in the exhibition house, the series addresses the fascination with the remote, the unnoticed or the concealed. The participating artists in SEIZING THE IVORY TOWER present new productions, or installations developed specifically for 3 1⁄2, which are concerned with any aspect of life that eludes general awareness, purposely or inadvertently. The series focuses on stories, occasions and phenomena in the marginal zones of our personal or public lives, but also looks closely at the artistic strategies themselves used for detecting, investigating or revealing these zones. The chosen works consciously utilize 3 1⁄2 as a space of tension between a personal encounter and public confrontation.

In her piece Oo, A PREVIEW, Viktorija Rybakova (born 1989 in Vilnius, Lithuania) choreographs a hypnotic trip through the mental spaces of an exhibition, and its works. The video piece was originally produced as a “preview” for the Lithuanian Pavilion at the Venice Biennale, 2013, and leads the viewer through an increasingly deep image world of a playfully unfolding artist book. Rybakova reflects and conserves a concrete exhibition’s formation process, but also lets the object of documentation stand on equal grounds as a convertible, living thought construction. The viewer’s imagination overlays images and associations, expanding the real constrictions of the room into the endless space of the imaginary.

The following presentations of the series will open alongside an event in Chora (3rd floor), and will vary in their running period.

Viktorija Rybakova: Oo, A PREVIEW is supported by the Ministry of Culture of the Republic of Lithuania.