For the 30th anniversary of its foundation the museum propose a programme of exhibitions. Tomaz Furlan, Wear Series (2005-15). Life in a Castle - Works from the Collection. Invited artists: Christian Falsnaes and Elodie Lesourd. Column, sculpture by Tony Cragg. Raoul Hausmann: Objects, Objectives. 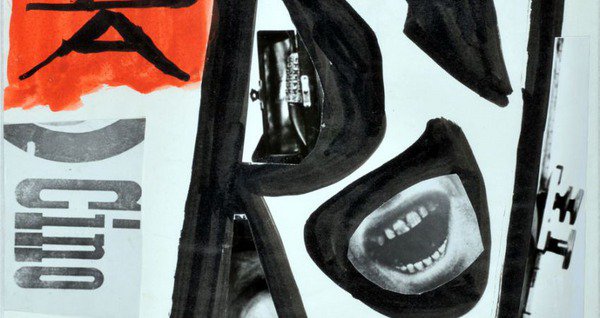 Rochechouart Museum of Contemporary Art this year celebrates the 30th anniversary of its foundation in Rochechouart Castle by proposing a programme of exhibitions spotlighting the museum's unique features.

Tomaž Furlan, Wear Series (2005–15)
Rochechouart Museum of Contemporary Art hosts the first ever solo show in a museum by Slovenian artist Tomaž Furlan, featuring all 19 works in his "Wear Series" (2005–2015), the largest number displayed together so far. These consist of his machine-sculptures and their concomitant videos or filmed performances that show the machines in action. Some of the earlier pieces from the series were exhibited at Manifesta IX in Genk (Belgium) in 2012.

Tomaž Furlan (b. 1978) has been creating low-tech, DIY-style sculpture-machines since 2005. Mostly made of rusting metal, recycled objects or bulging wads of polyurethane foam, these diabolical machines or cumbersome prostheses tend to be less than truly functional. Visitors are encouraged to try them out by following explanatory demonstrations on video delivered with deadpan seriousness by the artist in total contrast to the obtuse devices he invents. Resembling a collection of implements from a torture chamber, they range from hand traps to slapping devices and unstable spinning beds. In one video all household objects in his flat require a coin in a slot before they can be used.

Tomaž Furlan's still unfolding "Wear Series" is full of absurd standardized objects and repetitive workplace gestures that he explores in tragicomical manner. They evoke the remnants of a Modernist Utopian world of machines, the sort of future people hoped for in the wake of technological advances in the 1950s and '60s. Contemporary artists have often tried to cross-wire their professional practices with those of an inventor or mechanic. However, like an updated version of Charlie Chaplin's Modern Times, the machines presented here have become alienating, un-enriching and untrustworthy, a far cry from being mankind's key to progress and freedom. Through experimental performances and body art Tomaž Furlan treads a highly original path welding impoverished materials into obdurate sculpture-machines and animating them with his own brand of bitingly dark burlesque humour. Set in the castle's vast roof space gallery, the exhibition provides a more sombre counterweight to the Life in a Castle exhibition on the floors below.

Life in a Castle. Works from the Collection.
Artworks from Rochechouart Museum's contemporary collections have been selected for this exhibition on the theme of living spaces. Recent acquisitions as well as earlier pieces contribute to reflecting on alternative ways in which art can inhabit Rochechouart castle. Spread over two floors, the exhibits re-appraise and subvert conventional visions of stately home interiors divided into function rooms, painting galleries, living rooms, music rooms, libraries or even crystal theater and cages.

Invited artists: Christian Falsnaes and Elodie Lesourd
Danish artist Christian Falsnaes (b. 1980) is known for performances in which he tests visitors' conceptions of stereotypes. At Rochechouart he will re-enact one of his participative and feminist performances called Opening. The resulting video and artwork will be shown throughout the exhibition. Falsanes was nominated for the Preis der Nationalgalerie 2015. Performance re-enactement is supported by a Danish governmental grant to celebrate the 100th anniversary of the amendment of the Danish Constitution which gave Danish women the right to vote.

French artist Élodie Lesourd (b. 1978) tries to freeze in her paintings visions of other artists' ephemeral installations related to music, a phenomenon she calls hyperrockalism. Several of her hyper-realist paintings will be on view, extending the life of contemporary artists' short-lived installations which normally only continue to exist in photographs, archives and memories.

Monumental addition to the Rochechouart Castle courtyard: Column, Sculpture by Tony Cragg
Also to mark the 30-year celebrations, an additional sculpture has been installed in the castle courtyard. Tony Cragg's monumental Column (2001; 4.4 meters; 7 tons) complements the spiral fluted columns of the castle's Renaissance colonnade and joins Giuseppe Penone's sculpture Souffle végétal (Plant Whispers). Despite its size and weight, the organic-shaped abstract sculpture seems in perpetual movement from all angles. The sculpture is a permanent loan from Centre Georges Pompidou (Paris).

Raoul Hausmann: Objects, Objectives
Rochechouart Museum of Contemporary Art holds an extensive collection of over 700 works and personal archives by artist Raoul Hausmann (1886–1971), one of the founders of the Dada movement in Berlin. The present exhibition presents artworks (collage, photography, porcelain's drawings, advertising) that illustrate how Hausmann used the representation of objects as a test bed for renewal in his art and general outlook on life.