Fatal Attraction. The exhibition presents the provocative artist’s photography. Accompanying the exhibition will be a lively artist's choice installation of works from the Museum's collection. 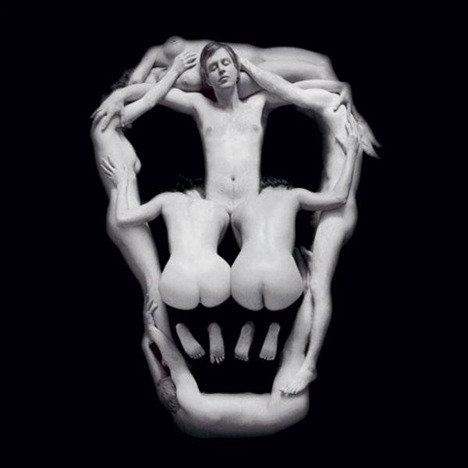 Fatal Attraction: Piotr Uklański Photographs at The Metropolitan Museum of Art will be the first survey of this provocative artist’s photography. Known for working in a wide variety of media including installation, fiber art, resin paintings, and collage, Uklański (born 1968) invests overlooked and exhausted styles with new meanings. This Polish-born, New York-based artist similarly explores clichéd or obsolete photographic languages. Nearly half of the works on display in the Metropolitan Museum’s exhibition will be from The Joy of Photography (1997-2007), the artist's seminal yet under-known series, in which he adopted the hackneyed subjects and styles of Eastman Kodak’s 1979 how-to book for amateur photographers to create a rapturous ode to the medium, both ironic and sincere.

Uklański moved to the United States from Poland just after the fall of Communism, and found in Kodak’s Joy of Photography a readymade compendium of American mass cultural taste and aspirations to which he enthusiastically submitted his photographs. Pitch-perfect mimicries of stock photography such as Untitled (Waterfall) from 2001 are important early examples of what would come to be known as “post-appropriation” in contemporary photography, and provide witty commentary—from a European perspective—on how Americans approach even their moments of pleasure as forms of work and self-improvement. For Untitled (Stockholm), Uklański used a multiple-image lens to create a cartoon-vision of aesthetic rapture. The over-the-top sunset in Untitled (Yellow Sky) is as atavistic a subject of art as a waterfall, equally at home on giveaway calendars and great paintings of the past. (It is also the exact color of Kodak’s trademark yellow.)

Also included in the exhibition is The Nazis (1998), the show-stopping suite of headshots of movie and television actors that demonstrates the artist’s fascination with the taboo. Known for plundering and paying homage to forgotten episodes from modernism, Uklański arguably improved upon Philippe Halsman and Salvador Dalí's 1951 image “In Volupta Mars” by lifting the best part of his source material—as camp as any of The Joy of Photography’s kitschy subjects—and putting himself center-stage. In the early 2000s, Uklański also began making portraits of art world intimates, from collectors, dealers, and art advisors to his infamous 2003 piece for Artforum entitled Untitled (GingerAss), in which he showed off the naked derrière of curator Alison Gingeras, his romantic partner and now wife—a gesture highlighting the tangled relations that underlie any collective creative endeavor.

Uklański’s abiding interest in craft and process will be highlighted with the inclusion of a major 2013 work, his monumental fiber art sculpture Untitled (Story of the Eye), made from dyed rope, fiber, macramé, and embroidery.

Uklański has also created a special presentation for the Museum’s Great Hall, reproducing his 2007 diptych Untitled (Solidarnosc) in the form of banners suspended across the width of this grand public space. To make the original photographs, the artist marshalled 3,000 soldiers from 11 battalions of the Polish Army to create a “living photograph” in the Gdańsk shipyard, where the first non-Communist labor union in a Soviet-bloc country was formed. Rather than being a purely affirmative recollection of the Solidarity movement, however, Uklański’s diptych incorporates the dissolution of the logo as the individual participants leave their spots—a fitting metaphor for capitalism’s almost tidal ability to disperse any stirrings of collective organization with the lure of individual fulfillment. In reproducing his original photographic diptych as a pair of banners akin to flags or signs carried at political rallies, the artist presents the Met’s diverse audiences who congregate temporarily in its majestic entry area with an image of their own potential unity or its abandonment.

Related Installation
Fatal Attraction: Piotr Uklański Selects from the Met Collection
March 17–June 14, 2015
Accompanying the exhibition Fatal Attraction: Piotr Uklański Photographs will be a lively “artist’s choice” installation of works from the Museum’s collection in The Howard Gilman Gallery (Gallery 852). Twenty works from 11 different curatorial departments and 60 works from the Department of Photographs will make connections to works in Fatal Attraction: Piotr Uklański Photographs while providing an artist’s surprising perspective on two elemental themes in the history of art: complicating Freud’s dichotomy of life force (Eros) and death drive (Thanatos) by locating deathliness in the beautiful; and the perverse pull of the repellent. The selection—in which the artist largely forgoes the explicitly pornographic for a deeper, more poetic consideration of these intertwined concepts—ranges from the yellow jasper Fragment of a Queen’s Face made in Egypt between ca. 1353 and 1336 B.C. to Laurie Simmons’ menacing photograph Walking Gun from 1991.