Featuring more than 40 artists from 10 countries, the exhibition explores the experimental practices developed by this extensive Zero network of artists, whose work anticipated aspects of Land art, Minimalism, and Conceptual art. 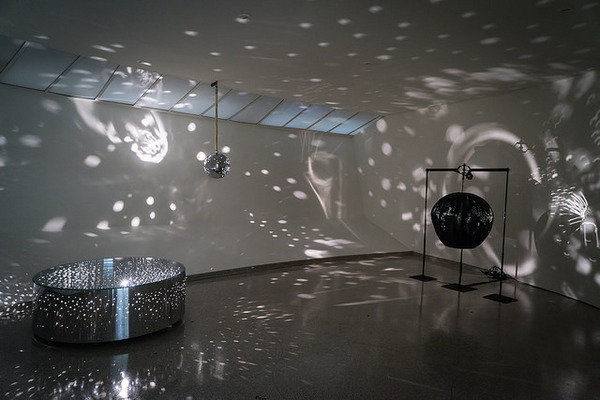 ZERO: Countdown to Tomorrow, 1950s–60s, is the first large-scale historical survey in the United States dedicated to the German artists' group Zero (1957–66) founded by Heinz Mack and Otto Piene and joined in 1961 by Günther Uecker, and ZERO, an international network of like-minded artists from Europe, Japan, and North and South America—including Lucio Fontana, Yves Klein, Yayoi Kusama, Piero Manzoni, Almir Mavignier, Jan Schoonhoven, and Jesús Rafael Soto—who shared the group’s aspiration to transform and redefine art in the aftermath of World War II. Featuring more than 40 artists from 10 countries, the exhibition explores the experimental practices developed by this extensive ZERO network of artists, whose work anticipated aspects of Land art, Minimalism, and Conceptual art. ZERO encompasses a diverse range of media including painting, sculpture, works on paper, installations, and archival materials such as publications and photographic and filmic documentation.

The exhibition is organized around points of intersection, exchange, and collaboration that defined these artists’ shared history. Among the themes explored are the establishment of new definitions of painting (such as the monochrome, serial structures, and fire and smoke paintings); the introduction of movement and light as both formal and idea-based aspects of art; the use of space as subject and material; the interrogation of the relationship between nature, technology, and humankind; and the production of live actions or demonstrations. At once a snapshot of a specific group and a portrait of a generation, the show celebrates the pioneering nature of both the art and the transnational vision advanced by the ZERO network during a pivotal decade.

ZERO: Countdown to Tomorrow, 1950s–60s is supported by the exhibition’s Leadership Committee, with special thanks to The George Economou Collection, the committee’s Founding Member, as well as to Larry Gagosian, Axel Vervoordt Gallery, and Stefan Edlis and Gael Neeson.