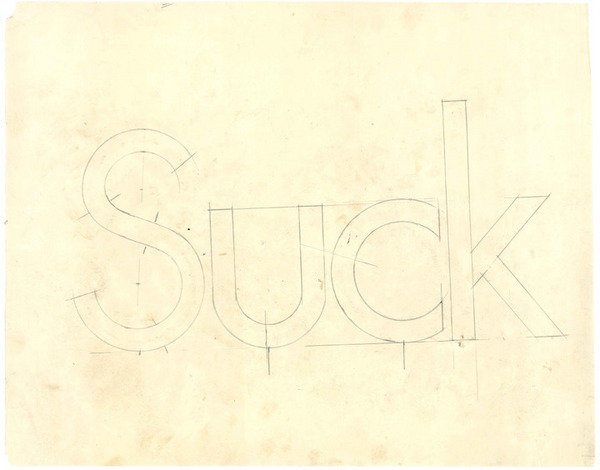 The test “Imaginary Audience Scale” (IAS) assesses subjects’ willingness, to believe that they are under constant, close observation by peers, family, and strangers. Playing with these associations of human development, mostly identified in adolescent behaviour, this exhibition departs from the perception of being continuously followed, observed and watched by others. The research process clearly decodes the links between artistic practices that have dealt conceptually with body, identity and politics as well as their innovative strategies of communicating with their audience. Focusing on some key historical points of view, the exhibition defines a sceptical filter through which to speculate on how conceptual thinking and the development of audiences share similar roots.

As an experiment in method, the exhibition process includes a specific spatial transition from a solo presentation into a group exhibition. The initial iteration of the exhibition at Artspace, a solo presentation by Billy Apple® of works from the 1960s entitled “SUCK”, will remain for the second iteration, but move into another structure. The pieces in “SUCK” are unexpected early experiments from the artistic practice that has moved to the carefully defined Billy Apple® brand of today. This exhibition will also celebrate Billy Apple®’s new architectural intervention, which will abstract the next three years of institutional programming, in collaboration with the curatorial team, with RGB colour space; red, green and blue. It reflexively engages with the gallery architecture, specifically the wall measurements, creating an open discussion around exhibition making and institutional space.

“IMAGINARY AUDIENCE SCALE” seeks out a critical review of how the transformative role of audience is problematised through selected works, varying from research material to experimental forms. The proposed framework intends to alternate retrospective looks and analytical readings of an ideal viewer, a potential audience or target group; whom we communicate, though which tone we speak and what (art) language(s) we use.

March 6 to 20
A Solo Presentation by Billy Apple®
SUCK

The solo presentation by Billy Apple® entitled “Suck” departs from a conversation still in progress with the artist around earlier works of his, which were produced during the 60s and are now shown for the first time after many years. As an archaeological approach, the exhibition methodology proposes to revisit the zeitgeist of the period that the works conceptually arose from.

Experimentally speaking, the work - black and white, sexually explicit - touches on many historical references, from Man Ray to Mapplethorpe, and as a cinematic approach, a sort of conceptual play with the abstraction of pornographic eye, it forms a direct link with the address of Artspace. K-Road comes in to focus as a perpetually youthful, never-aging adolescent of Auckland: a still-not-clean enough environment where the dark, drag, druggy, uncanny and queer actors of Auckland’s night life, sex industry and entertainment cultures have a home.

Typographically sculptural or sculpturally typographic, the installation is based on four letters, S-U-C-K, which are a direct reference to psychoanalytical thinking; a reminder of the oral stage of development where one needs to suck in order to live, grow, and survive. Apple’s solo presentation is interested in investing in a critical perspective of looking at images as references of intertextuality and reading texts as images of collective unconscious.

The conversation in SUCK moves between two polarised zones of artistic imagination, or conceptual territories of linguistic experience; a) words, that trigger thoughts, feelings and associations and b) images, that stimulate physical conditions. The exhibition becomes a space for the combination of the “Swinging Sixties”, the cultural period of the production of the work, and the epoch we find ourselves in today, a time and place perhaps best described as the ‘browsing two thousands’. This action encompasses the blurred movements and negotiations we experience today between social and cultural territories.

The pieces in SUCK have close ties to earlier experiments of the artist, whose practice has moved in a more specific direction. Considering Apple’s long term relationship with Artspace, the production of this show has been parallel to the research and development of imagining better ways of operating, sharing, and utilising the institutional space, which will be applied and launched by this solo presentation. The exhibition reflexively engages with the gallery architecture, specifically the wall measurements, creating an open discussion around exhibition making and institutional space. To celebrate his current engagement with Artspace this solo presentation will include a public talk with the artist and another special event.

Artspace is proud to be part of the Billy Apple® Exhibitions Map in Auckland city, especially during his major exhibition at the Auckland Art Gallery.