The artist presents paintings, drawings, films, objects and books, all with a markedly narrative and overtly autobiographical visual feel. 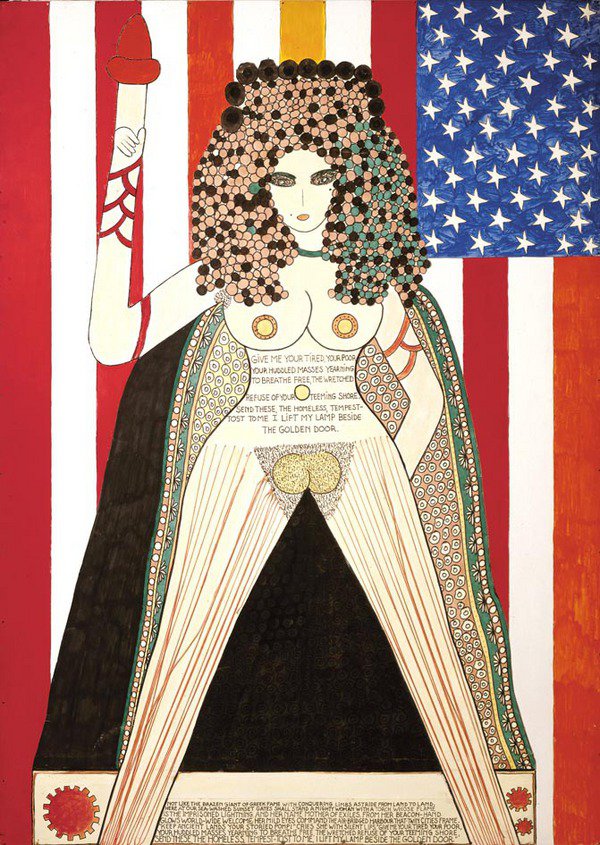 Air de Paris and Dorothy Iannone are pleased to invite you to the artist’s second solo exhibition at Air de Paris, with works spanning the period 1961–2015: paintings, drawings, films, objects and books, all with a markedly narrative and overtly autobiographical visual feel.

An exhilarating ode to an unbridled sexuality and the celebration of ecstatic coupling and unconditional love, the Iannone oeuvre has frequently faced censorship problems, in particular in the case of the exhibition «Friends», organized by Harald Szeemann at the Bern Kunsthalle in 1969. Iannone later recreated the event in full in her bookwork «The Story of Bern».

«Welcome To Our Show» is an opportunity to engage with the irresistible generosity of a singu- lar artist deeply attached to Eros as a philosophical concept. Asked once how she would like to go down in history, Iannone replied, «As a lover… and to myself, I thought, ‘A successful lover’. Later I realized that such qualifications are (I hope) irrelevant. My life is and has been defining the kind of lover I am. Perhaps I do not yet know the word to describe it; nonetheless, I am there, like you, vibrating in our home of presently estimated billions of galaxies, and my attempt, like some of yours, to find the center of myself and to regain the garden of joy, is the only lover’s at- tribute through which I can, if not with certainty, then at least with yearning, define myself.»

Born in Boston in 1933, Dorothy Iannone lives and works in Berlin.
Air de Paris organized her first solo exhibition, She Is A Freedom Fighter, in 2007, and the New Museum presented Lioness, her first one-person show in the United States in 2009. Her mixed media work I Was Thinking Of You was included in the 2006 Whitney Biennial. She has recently had major retrospectives, notably at the Camden Art Centre in London (2013), the Berlinische Galerie in Berlin (2014) and the Migros Museum in Zurich (2014). Many monographs have been devoted to her work, among them the recent «You Who Read Me With Passion Now Must Forever Be My Friends», which focuses in particular on the textual aspect of her oeuvre.

The gallery is open from tuesday to saturday, from 11 am to 7 pm.