The core of the show comprises images never on display before. It was in the beginning of the 1950's, while still living in Hungary, when Vilmos Zsigmond became deeply interested in the art of photography. 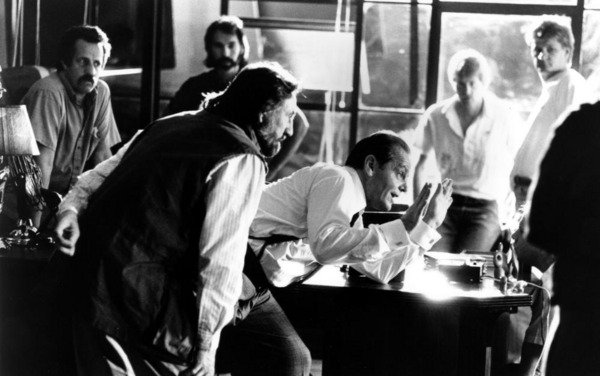 In the spring of 2015 the Ludwig Museum – Museum of Contemporary Art organises a comprehensive as well as gap filling exhibition of Vilmos Zsigmond’s photographic life-work. The exhibition opening on the 10th of April 2015 is realised in the frame of the Budapest Spring Festival, and awaits visitors for a period of 10 weeks.

Vilmos Zsigmond, the Hungarian born, world-wide known cinematographer, whose life-work was recognised with an Academy Award and several other prestigious international film awards, is known among others for films such as Close Encounters of the Third Kind, The Deer Hunter or The Black Dahlia. The trade-mark of Vilmos Zsigmond’s works is the inventive and creative use of lighting and artistic application of light. Due to his unique style, his works show a rich diversity: his images are poetic at a time, realistic at another, with both an attention to detail and a grandiose vision.

The core of the exhibition comprises photographs never on display before. It was in the beginning of the 1950’s, while still living in Hungary, when Vilmos Zsigmond became deeply interested in the art of photography. Jenő Dulovits’ book titled Artistic photography and published in several languages exerted a strong influence on him. He learned from this book self-taught the principles of composing a picture, the importance of light-handling, and the characteristic features of the various film materials. Vilmos Zsigmond developed the photographs himself, thus, he also had an opportunity to learn lab processing methods. His cinematography work provided further development and accomplishment for these skills, and the outstanding life-work has come into being by the complex application of all these experiences. The start of Vilmos Zsigmond’s cinematography career in the US is intertwined with a decisive phase of American film making, a period referred as New Hollywood in film history.

Vilmos Zsigmond was admitted to the University of Theatre and Film Arts in Budapest in 1951, studied cinematography and received a degree in 1955. During the 1956 Hungarian revolution he left Hungary, fled to the USA and from the beginning of the 1970’s worked together with directors on their early films, who changed American film making fundamentally as for example Robert Altman, John Boorman, Michael Cimino, Steven Spielberg. Big film studios produced spectacular and easily digestible films until that time, however, Vilmos Zsigmond and his fellows positioned film production on a new basement. They disregarded the traditional rules of story telling, shot films at various places outside the studio, and turned towards realism, resolutely striving after boosting American film to reach an artistic level.

Divided into several groups and covering a period from the 1950’s to the present, the set of some 150 photographs presents the main characteristics of the Hungarian-born cinematographer’s creative mind. The exhibition is accomplished with pieces of Vilmos Zsigmond’s film-related life-work with the intention to demonstrate in a feasible way the close connections between his photographic works and cameraman activity, and to let these two branches of cinema art help one another to provide a better understanding of both.