The School of Nature and Principle

An ensemble of works speculating on the relationship between metaphysics and various aspects of contemporary society. The exhibition also addresses the gradual evolution (or deterioration) of highly organized thought systems from their initial implementation to their eventual adaptation to society and actual human behavior. 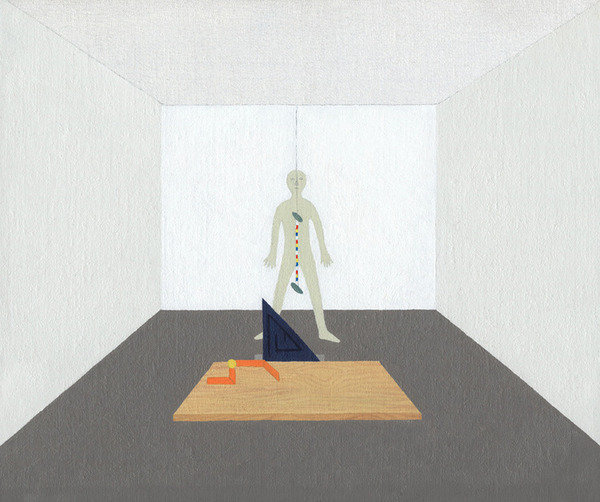 The School of Nature and Principle is an ensemble of works speculating on the relationship between metaphysics and various aspects of contemporary society. The exhibition also addresses, partly through the way it was conceived, the gradual evolution (or deterioration) of highly organized thought systems from their initial implementation to their eventual adaptation to society and actual human behavior. Taking Neo-Confucianism as his departure point (specifically the branch known as the School of Nature and Principle, which proposes a way of relating to and behaving in the world), curator Emiliano Valdés has assembled an international group of artists whose work explores the validity of non-rational knowledge, our relation to the natural world and technology, and simply what it means to be alive today.

Though inspired by medieval Chinese philosophy and religion, The School of Nature and Principle comments on contemporary society’s move further from the rationalism of the Enlightenment era toward greater acceptance of the irrational and spiritual, a move enhanced by growing understanding of quantum physics and the nature of space-time. The works included in this show address the tension generated by a drive for logic and control versus a yearning for intuition and the unknown.

In putting together this show, Valdés draws on his research and experience of working in Asia as Associate Curator of the 2014 Gwangju Biennial, as well as his background as a renowned Latin American curator who has been interested in art as a space for knowledge, both rational and irrational. Many of the artists in this exhibition are showing in New York for the first time, such as Mexican artist Rodrigo Hernández and Argentinean artist Catalina León, both of whom use artistic practice as a way of meditating or thinking about the self. Some comment directly on contemporary Asian society and culture, such as Taiwanese artist Yu-Hsien Su, and, from a more metaphysical perspective, the work of Korean-born, London-based artist Chosil Kil, who addresses the inhabitation of the exhibition space by matter through sculptures that suggest human figures. That exhibition space is treated as a “dimension,” a sort of parallel universe where the laws of rationality and logic are not necessarily observed—or so it is conceived by Costa Rican painter Federico Herrero who, through his site-specific intervention, will offer his imagining of portals and what lies on the other side. Javier Barrios and Tyler Coburn, both of New York, study the impact that technology has on our relationship to the world while Japanese-born, New York–based artist Akira Ikezoe reflects on a wider approach to the universe and natural environment. Dutch artist and filmmaker Gabriel Lester proposes a dichotomy of behavior through videos that dictate what is right and what is wrong. Finally, a new commission by Guatemalan performance artist Regina Jose Galindo is an affirmation of existence from a deeply political standpoint.

Extrapolating from a carefully considered selection of works bridging various media, including performance and a site-specific installation that is at once an artwork and the “dimension” in which the exhibition takes place, The School of Nature and Principle suggests an analogy between the transformation of Confucianism in the middle ages, from a pragmatic to a more metaphysical religion, and the dilemmas of our present time.

Emiliano Valdés is Chief Curator at the Museum of Modern Art of Medellin, Colombia. Until recently he was Associate Curator for the 10th Gwangju Biennale and Co-Director of Proyectos Ultravioleta, a multifaceted platform for experimentation in contemporary art based in Guatemala City. Previously, he was Curator/Head of Visual Arts at the Centro Cultural de España en Guatemala where over 5 years he developed an exhibition program that helped re-shape the artistic scene in the country. He has also worked for institutions such as dOCUMENTA(13) (Kassel), the Museo Nacional Centro de Arte Reina Sofía, (Madrid), and Contemporary Magazines, (London). He has written for ArtNexus, Arte al Día, and FlashArt, among other international publications as well as for numerous artist catalogues and books. He is interested in art as a form of knowledge, the production of public programs, and the relationship between art and culture, and natural environment.

EFA Project Space is grateful to the Asia Art Archive in America and the Hunter College Department of Art and Art History for their help in facilitating this exhibition.

Related events:
April 10th, 6:30 to 7:00 PM, I’m Alive: a choral performance composed by Regina Galindo in collaboration with Paulo Alvarado
Galindo, who is widely recognized for her performances critiquing the Guatemalan dictatorship, has created a new work in collaboration with Paulo Alvarado that is inspired by the Ixil community's resistance to General Efraín Rios Montt, who was sentenced to 80 years for genocide in 2013. The sentence was short-lived, as the State annulled it and released him, but the hope and strength of the Ixil women who took him to court remains intact. In a recent interview, one of them argued, "I'm alive and I am witness to the truth," while another commented, "I'm alive to tell what happened." Despite their pain, no one can silence the Ixil women.

During the opening, the Grace Chorale of Brooklyn will repeat the phrase "I'm Alive" in different registers and tones, embodying the strength and resilience of the Ixil community.

Lester will talk about his work with an interlocutor TBA.