The exhibition provides interesting audio-visual elements in an exhibition space that intermixes footage-based video works with historical archives and images, movements and sounds of humans that mimic flora and fauna. 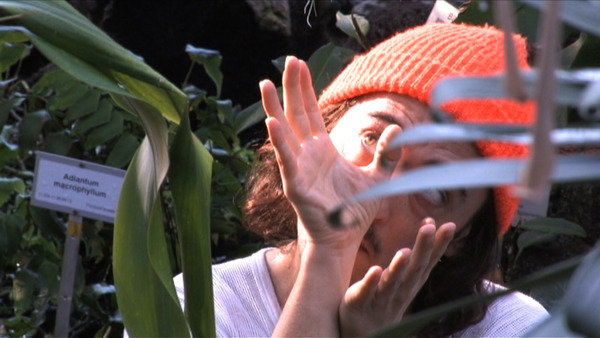 In Time Mechanics at the Arko Art Center, her distinctive working methodologies applied to her different works with various media including performance, video, and sound can be seen through five pieces of newly-commissioned video and photography work. Particularly, her idiosyncratic linguistic performativity and the formal characteristics of her works that attempt to identify the objects, space, reality and existence of the time and structure of social systems will be represented through the exhibition.

The exhibition provides interesting audio-visual elements in an exhibition space that intermixes footage-based video works with historical archives and images, movements and sounds of humans that mimic flora and fauna, and the artist’s contemplation on human’s intensive desires. In Time Mechanics, the audience can not only witness the singularity of each exhibited element but can also have a synesthetic experience of aggregated performance during which all works are interlaced as one.

Hwayeon Nam lives and works in Berlin and Seoul. Her particular interest is in time—as embedded in all kinds of things, including humans—and in the notion of time as a social construct. Over recent years, her practice has researched ways of producing various dramaturgies of the present through performance and video and has been deeply engaged in a process that she considers the choreography of time-navigation.

For Dimensions Variable(2013- ), she wrote scores for 10 units of time such as “Steps” and “Two Vertices” in order to measure the dimensions of time specifically in an exhibition space. Selected time units were activated by performers according to their interpretations. Dimensions Variable had been performed/exhibited in 3 different spaces with different performers over different durations. For A Garden in Italy (2012), Nam attempted to build a performing archive on stage based on her research on Korean modern dancer Seung-hee Choi (1911-1967/1969)’s archive. Other projects include Operation Play (2009), for which Nam wrote a short scenario based on military operation code names throughout history, which was realized by participants in Seoul and Utrecht; and Closing Hours (2012), an object which occupied a museum as storage during opening hours and was exhibited in front of the museum’s main entrance during closing hours.