A selection of around 300 art and political posters from Portugal and abroad, assembled by Ernesto de Sousa 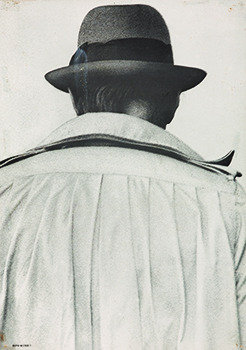 The exhibition is a selection of around 300 art and political posters from Portugal and abroad, taken from the collection assembled by Ernesto de Sousa throughout his life, and dating from between 1933 and 1988. This series of posters, now called the Ernesto de Sousa Poster Collection, has now become part of the Berardo Collection, and provides a sweeping overview of the cultural output of the neo-avant-garde in Portugal and across Europe. However, it also represents an imaginary journey, a map of many different routes, and a story of various encounters, through which we can rediscover the personality of Ernesto de Sousa himself. Ernesto de Sousa (1921-88) was an artist, critic, curator, filmmaker and cultural agitator. He took a particular interest in posters, studying and exploring the possibilities of this medium, and graphic art in general. An assortment of affections, and is made up of posters of the artist's own work, some of them created under his direction, as well as those picked up on his travels or sent to him following encounters with other artists, plus posters by artists who were his close friends, including Alberto Carneiro, Helena Almeida, Wolf Vostell, Robert Filliou, Juliao Sarmento, Angelo de Sousa, and many others. (Image: Joseph Beuys, undated. 68 x 48 cm. C Bernd Kluser)