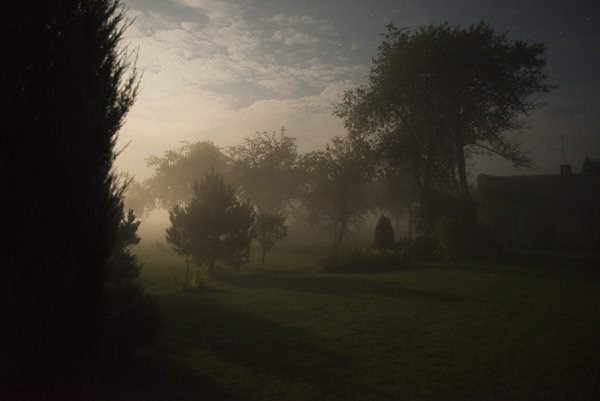 On the occasion of the 56th Biennale di Venezia, Vita Zaman and Nicola Vassell are pleased to present Edge of Chaos (Expelled from Paradise), an exhibition with new works by LaToya Ruby Frazier, Gianluca Malgeri and Audra Vau.

Edge of Chaos (Expelled from Paradise) is inspired by the artists’ response to the current global crisis, where chaos reigns. Their work investigates the parallels that exist between the oppression and subordination of women, social and economic injustice and the degradation of nature. All three artists are supporters of the alternative worldview that values the earth as sacred, recognizes humanity’s dependency on the natural world and embraces all life as valuable.

Ecofeminism points out that women have a special interconnectivity with nature that has been ignored. The alternative modes of knowing, which are oriented to the social needs as well as spirituality are not recognized by the capitalist reductionist paradigm; a paradigm that creates conceptual binaries and ideological hierarchies and allows a systematic justification of domination by one subject over another (e.g. man over woman, culture over nature, white over black).

All the artists created new bodies of work for the exhibition: LaToya Ruby Frazier has made and autobiographical video, which documents a visit to an alternative healer in a detox clinic that she made with her mother. Both of them suffer from illnesses caused by pollution in their town. The sculptures by Ginaluca Malgeri resemble models of utopian architecture and are based on his investigation of works of the Lithuanian symbolist painter and composer Mykalojus Konstantinas Ciurlionis. Audra Vau’s new video and photographic series “Out of Control” explores artist’s personal relationship with a very local and post agricultural Lithuanian landscape.