Paysage Fautif. The French artist has worked across mediums for many years, showing a rich and unique vision that pervades her drawing, film, sculpture and performance. 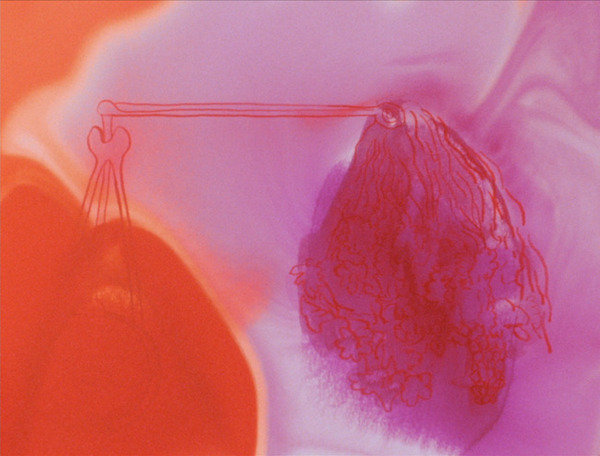 Bureau is pleased to announce Paysage Fautif, Christine Rebet's first solo gallery exhibition in New York. The French artist has worked across mediums for many years, showing a rich and unique vision that pervades her drawing, film, sculpture and performance. This exhibition sets the scene for a new hand-drawn animated film and numerous vibrant and striking ink drawings made in Haiti in early 2015. Her charged, inky depictions of landscapes and twisted objects express the potency of the inanimate amidst the hills and roads of a post-colonized land. A powerful animism and energy is equally evident in Rebet's new five-minute, hand-drawn animation, In the Soldier's Head, which flows like the delusions conjured by a young soldier within an empty desert landscape.

Rebet's exhibition takes its title from Marcel Duchamp's seminal work, Paysage fautif, or Faulty Landscape. The title is apropos not only for the suggestion of a hallucinatory false vista, but equally for the potency of Duchamp's transformation of his bodily fluid into an abstract scene. The reverse transformation is equally important to Rebet, for whom nature can become charged: animated with life and virility. In Rebet's work, colonized lands are poised to avenge their past traumas. Billowing trees, plumes of smoke over bubbling fires and churning machines are all suffused with the potential of upheaval and expenditure: of crumbling facades and grinding engines, like so many exhausted bachelors.

Rebet's work equally relates to Duchamp's other hidden landscape, the waterfall in Etant Données: 1° La chute d'eau, 2° Le gaz d'éclairage. This "first given": la chute d'eau of Duchamp's secretive, final work is the cascading backdrop: the source behind the oddly posed, headless female, whom visitors spy through peepholes in a darkened cavern. This surveilled female nude, supine among tangled twigs is, within Rebet's logic, the colonized landscape itself. Her exposed groin is echoed in the distant, coursing waterfall, while her arm is raised, presenting the "second given": Le gaz d'éclairage, or, the gaslight. Rebet connects a circuit of energy from the raw erotic, aqueous force, churning into an electrical buzz, injecting the scene with vigor and potential.

The energetic promise of water to both create energy and to carry information is brought to life in Rebet's animation In the Soldier's Head. Rebet gives her viewer an intensely personal perspective on historical traumas, reinterpreted through the lands, bodies and minds that are subject to them. The film depicts the delusions flowing from a mind ravaged by violence: a vision grown from the inside out. Like a mirage amidst a blank, desert expanse, specters are conjured as the inanimate comes to life. Whirring machines sputter, gears turn and levers crank as ceaselessly firing synapses of a hyperactive psyche pour out. The helmet, like the soldier's head itself, becomes a crucible for burning delusions fed by the violated land: no more than a vessel for wildly-flowing cerebrospinal fluid impulses. Rebet's inks literally dance on page and screen, morphing as liquid-fueled illusions, only to wash away, as an oasis vanishes.

Christine Rebet was awarded support for her residency in New York by the Institut Francais.

Gallery hours: Wednesday - Sunday 11 - 6 p.m.
The gallery will be closed Sunday May 24th in observance of Memorial Day.