Fly me to the moon: recalling the nature in the city 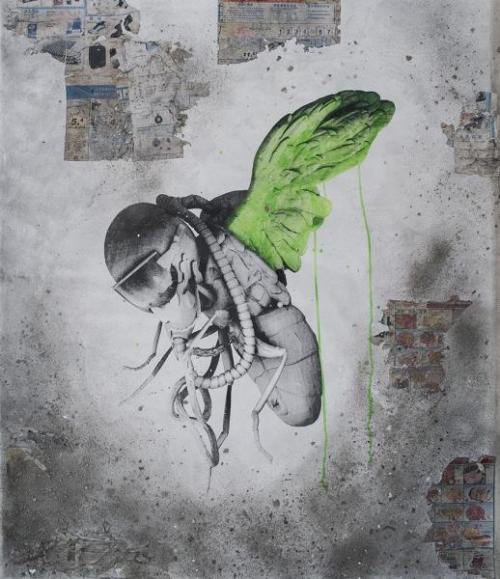 "Fly me to the moon" is an original project realized by LUDO, the street-art's rising star, in Shanghai from November 2014 to March 2015, at the end of his first trip in this city. The exhibition groups a series of works on canvas around a specific pattern, also sculptures and a video about his adventure in Shanghai in its "work in progress". Born in 1976 in Paris, Ludo sticks up his gigantic vegetable-robotics creatures in the whole word's streets since 2007. He wakes up the urban space recalling the nature in the city. He quickly became the artist of his generation to follow and he exhibits, from 2013 at the Centre Georges Pompidou, his work marked by the recurrent utilization of his emblematic fluo green. LUDO talks about our environment, about what touches us and tries to highlight some humility. Opening 21 March, 2015 - 4 to 7p.m.