Areas of Globalisation. The international group exhibition concerns itself with globalisation as the subject of artistic output. 16 artists from Europe, Asia, America and Africa who investigate global and local contexts within diverse thematic fields. 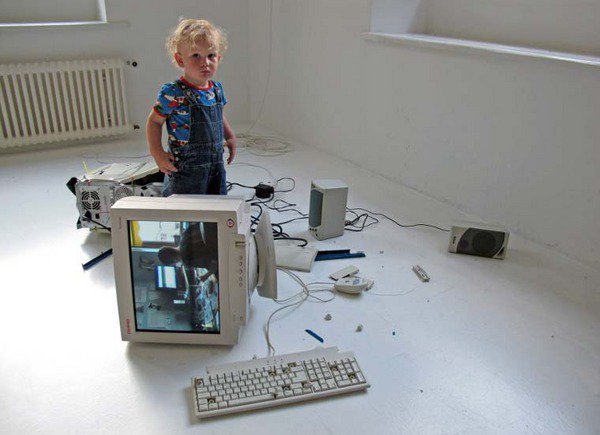 The international group exhibition Worlds in Contradiction – Areas of Globalisation concerns itself with globalisation as the subject of artistic output. It moves in a discursive terrain defined by politics, economics, technology, ecology, science and art that first emerged in the 1990s but has in recent years been decisively expanded. The exhibition presents works by 16 artists from Europe, Asia, America and Africa who investigate global and local contexts within diverse thematic fields. In research-based and documentary, but also narrative, poetic and thought-provoking works they reflect on aspects of mobility, the ambivalent links between production, transport and consumerism, the essence of global information and knowledge networks, or the effects of the global economy on work and our environment. The exhibition takes particular care to avoid exclusively eurocentric perspectives, but rather to relate these to other viewpoints. The media represented in the exhibition range from film and photography through prints to sculptures and installations.

Global interconnectedness due to the growing movements of travel and migration, and to ever more complex flows of goods and data, raw materials and capital has made often ambivalent changes to the reality of life in the most diverse regions of the world. The developing processes of globalisation are leading to ever new questions, experiences, images and formal languages of globality, which are manifest in the personal and social reality of life. The term ‘globalisation’ can hardly cover the totality of all these flows, interlinkages and their impact on local lived realities in the various regions the world over, but at best intimate it. In particular, it needs to be extended to include the aspect of contradictoriness which means that one and the same process of globalisation can have very different impacts in varios regions. Something that, for instance, is produced in one region of the world under often precarious circumstances is consumed in another and then dumped as garbage in a third – concatenations that often become visible only as a result of digital documentation and media networking.

The processes associated with globalisation are usually an amalgam of useful and problematic factors. The opportunities afforded by communication, the digital media, and mobility all quite fundamentally help reduce cultural prejudices, while the spread of the capitalist economic system leads to a multiplication of the goods on offer and to advances in technology. Yet major parts of the world are not yet connected to the existing networks. At the same time, the link to globalisation can be regarded as an undesired exposure to a greater force and as alienation. People who hitherto have only lived to a limited extent with consumption and technology experience the surfeit of goods and images, the dominance of individual world brands, the consumerist lifestyle as an intervention in their cultures and as a loss of autonomy and identity. This contrasts with the differentiated responses of counter-globalisation movements that do not essentially label globalisation as negative, but rather attempt to eliminate dominances and injustices within the existing processes.

The exhibition Worlds in Contradiction – Areas of Globalisation moves in this terrain of contradictory stances and debates and by virtue of the artistic focus, empathy and critical inquiry explores the question of how processes of globalisation are perceived in the everyday reality of people and what images and formal vocabularies thus arise. By means of exemplary works and thematically linked zones global interactions, connections and impacts are rendered tangible beyond some merely abstract understanding of them. Moreover, a level to the inquiry is developed that includes social, existential and artistic aspects in the debate on issues relating to globalisation.