Displaced Persons. For the exhibition the artist presents twenty-four works made outside the commercial realm: largely unpublished photographs of artists and performers who subverted the stereotype and the artifice of the icon in the late 1980s, '90s, and '00s. 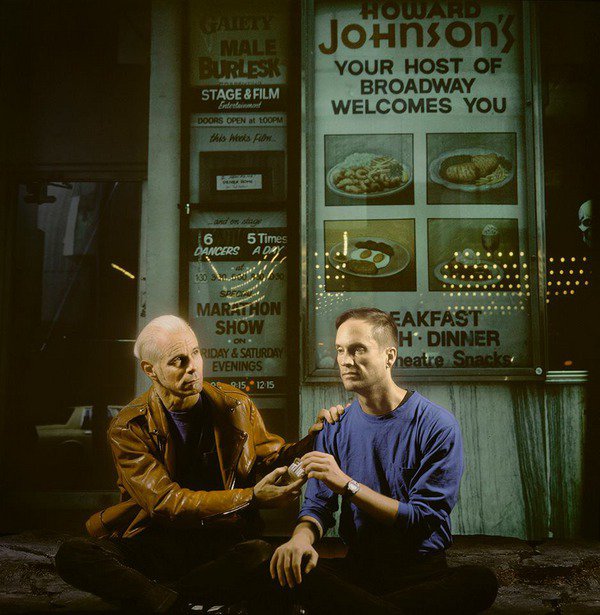 PARTICIPANT INC is proud to present Josef Astor, Displaced Persons, a solo exhibition of photographs, curated by the artist’s longtime friend and subject, Antony. Best known for his decades of work as a photographer for Vanity Fair, The New York Times, and other media outlets, Astor’s exhibition features twenty-four works made outside the commercial realm: largely unpublished photographs of artists and performers who subverted the stereotype and the artifice of the icon in the late 1980s, ‘90s, and ‘00s.

Whether a studio portrait or a screen projection tableau, displaced refers to the physical outsidedness and anti-establishments these artist-subjects created, operated within, and, most importantly, made visible and public. Offering a rare opportunity to see Astor’s experimental work, the exhibition foregrounds conceptions of community that value the uncommon; and subjects who authored alternative contexts, depicted here not only as subject matter, but also as testament to Astor’s category-defying collaborations with friends and fellow artists.

Evidenced in several of the portraits of figures such as Dancenoise (Anne Iobst and Lucy Sexton), John Kelly, Charles Atlas, Joe Westmoreland, Johanna Constantine, and many others, an incongruous juxtaposition of representation and setting is achieved. Through a mode of 'cut and paste,' by way of a screen projection technique, several facets of being are portrayed. A prime example of Astor’s complex construct of a dual existence—of here and elsewhere—is revealed in the portrait, Page + Wid (1999). A personal muse, gender pioneer, and radical performance artist who tested the limits of her audience more than most recognized artists of the time—otherworldly Page is pictured with her mother, set against a projected forest, holding her mother’s face as if to faintly grasp the normative world that she eclipsed in daily life.

In addition to finding inspiration through many of his subjects, Astor’s theatrically staged, historically informed photographs can be ascribed to the influence of two photographers he worked with as an assistant: a sort of skewed classicism grew out of working with Irving Penn; and the tableaux style, using in-camera low tech special effects is a direct influence of the British theater photographer, Angus McBean. Images that appear to reference classic studio portraiture, more than subscribe to it, are photographs of Octavia Pemberton St. Laurent (1987) and Pearl (1994). The color shift that is visible in most of the photographs can be attributed to Paul Outerbridge’s personalization of his color palette. Astor’s distinct color process—one that utilizes a cross-processing technique that creates an appearance of a removal of color or an improperly balanced color—can be seen in Annie + Puppet (1994) and Leigh Bowery (1993).

The exhibition also includes never published images made in collaboration with Charles Atlas and Johanna Constantine for the magazine Dance Ink—a publication conceived as an alternative performance space and an index of the ephemeral art form. For Dance Ink's Winter 1993-94 issue, Atlas directed a series of portraits aiming to go beyond traditional dance photographs, and to be about dance, while Astor introduced a dramatic context to the set to further challenge easy categorization of any one aesthetic or discipline.

Josef Astor launched his career in 1985 in a New York studio above Carnegie Hall after moving from his home in Ohio. Astor’s acclaimed photography focuses primarily on subjects from the world of music, art, architecture, dance, and theater. His photographs have appeared in Vanity Fair, The New York Times, The New Yorker, Newsweek, Rolling Stone, among many other publications. Widely collected and exhibited, his first solo show was at Tom Cugliani (1989), and was included in the Vanity Fair Portraits exhibition at the National Portrait Gallery in London (2008), and recently in The Digital Darkroom exhibition at the Annenberg Space for Photography in L.A (2012). He directed his first documentary feature, Lost Bohemia, which premiered in 2010 and won a Special Jury Prize at DOC-NYC Festival. Among other awards of recognition, he was recipient of the prestigious Infinity Award from the International Center of Photography. Astor is currently on the faculty of the School of Visual Arts in New York City and has also taught in the MFA program at Bard College.