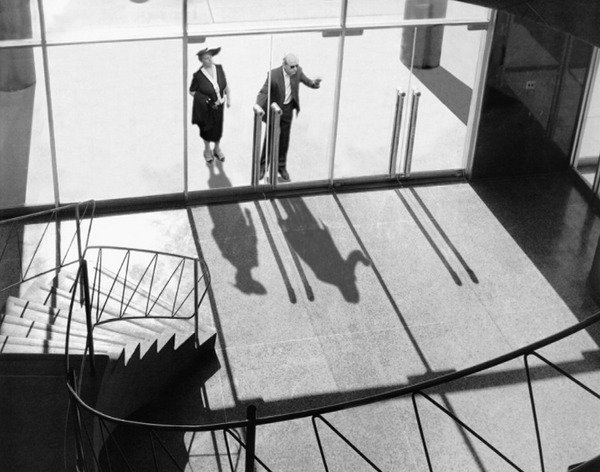 Within the framework of the summer series of the Never ending stories Cycle from 10 June to 13 September 2015, Mamco will present ten new exhibitions, including two major solo exhibitions: Denis Savary invests the entire fourth floor with previously unseen works, while David Claerbout proposes his largest exhibition to date. The work of three graphic artists – Carroll Dunham, Hayan Kam Nakache and François Martin -, and three painters - Stéphane Bordarier, Renée Levi and Hugo Pernet – will also be presented. Two artists present in the Frac Bretagne collection will complete this series: Gilles Mahé, who makes images central to his concerns, and Raymond Hains, an artist who belonged to the Nouveau Réalisme movement.

Stéphane Bordarier, Tableaux (Paintings)
Like a scientist, Stéphane Bordarier works methodically. Every day at the same time, he goes to his studio wearing a blue boiler suit. Resistant to the concept of inspiration, avoiding all forms of intuition, favouring a strict organisation of gestures, he constantly and consistently focuses on following the same procedure: not wanting to concern himself with technical details, he establishes the format, tool and form before hand. He uses hide glue – a substance usually used to prevent contact with oil – as a binding agent; applied as an undercoat, it absorbs the paint covering it, blending into it. All the same, S. Bordarier does not paint monochromes. Monochromes presuppose an intention whose result – colour – is visible on the canvas. In fact, he does not paint anything in particular, having assigned himself the goal of allowing the paint the possibility of its own existence. He thus causes the pictorial gesture to disappear beneath the paint.

David Claerbout, Performed Pictures
Performed Pictures is the first retrospective of the work of David Claerbout. A Belgian artist who emerged on the international scene in the late 1990s, D. Claerbout makes films, photos and drawings – all of these techniques are presented at Mamco. The exhibition covers a wide chronological spectrum from images dating from 1996 to his latest film, KING (after Alfred Wertheimer’s 1956 picture of a young man named Elvis Presley) , completed in 2015. In total, eleven video projections are shown, all with a shared ambition: to transform time into a dimension of space in its own right. In D. Claerbout’s work, while the perception of time can sometimes lead to a particularly dilated exhibition format, it also relates to a certain slowness in the images, in their unwinding, to the extent that we are caught up in a spectacle that is all the more easily imprinted on our memory in that it has taken time to appear. But the time alluded to here is also that of history and archives. D. Claerbout often uses images found in the library or on the internet, making these photos the starting point for projections that combine the fixed nature of the source photograph with the mobility of film, but also the past of the recording with the present of its projection.

Carroll Dunham, Dessins (Drawings)
Most well known as a painter, Carroll Dunham is presenting at Mamco the preparatory drawings of his paintings from the In the flowers and The beach series, produced between 2012 and 2014. Amidst flowers, featuring naked women with generous forms, long, thick hair and suggestive or even obscene poses, the repetitive character of these drawings is striking. Like the cycle of Nature, C. Dunham’s works on paper are infinitely but not identically repeated. In this regard, each difference, each variation, no matter how slight, is seen as a mutation: a grain of sand in the great machine of evolution. Far from representing “simply the rump of a lass”, they evoke the possibility of change.

Raymond Hains, L’Entretien infini (The Infinite Interview)
L’Entretien infini presents a collection of artworks by Raymond Hains (1926-2005) belonging to the Frac Bretagne collection. Stemming from a long apprenticeship between the institution and the artist, these acquisitions record several aspects and moments of the activity of a prolific personality and body of work. This is how works from the 1950s come to rub shoulders with works from the 2000s, and how widely diverse concepts and techniques are brought together. The “Constitutive Declaration of New Realism” published in 1960 advocated the return to reality as it exists and “a new perceptive approach” to the world. R. Hains proved very active in this reinvention of our ability to see and feel, which the works from the Frac Bretagne corroborate. Untitled (1959), a piece of sheet metal covered in lacerated posters resembling a painting, constitutes one example of this idea of taking reality into account. R. Hains sampled what struck him as visually interesting, thus converting what is considered refuse into a pictorial form that ennobles waste. Meaning that for him, the origins of art is above all readymade and that it is the artist’s role not to start from scratch, but to use what can be found in reality ‘as it is’.

Hayan Kam Nakache, Schmögelito
Hayan Kam Nakache presents, with Schmögelito , one of his first monographic exhibitions. Produced between 2007 and the present day, this collection of drawings solely comprises artworks in black-and-white in a small format. In the artist’s practice, similar to automatic writing, each form is derived from another, with the whole eventually forming a microcosm. It is only by subsequently observing this sequencing up close that the visitor can make out a face or a landscape in it. However, the work of H. Kam Nakache, through its improvised and spontaneous dimension, also resembles press illustrations. It is somewhat reminiscent of the work of Saul Steinberg, whose influence the artist attests to.

Renée Levi, Françoise
From her training as an architect, Renée Levi has retained a particular attention to issues of space and construction. The better part of her work consists in modifying the perception of the environment in which she intervenes by playing on the materials chosen, their colour and manner of occupying the site. But her work extends beyond the framework of in situ interventions. She considers space – whether it is the space of the museum, a public space or the circumscribed space of the canvas – as a material to be activated. Blurring the boundaries that usually separate these spaces, she disrupts their autonomy. In this way, she does not determine the size of the format herself; it is the space she has chosen to invest that infers the choice.
Long characterised by her use of sprays, the artistic practice of R. Levi reached a turning point in 2008. It was at that moment that the artist changed her approach and tools; she has since been preparing pigments and reviving her use of paint. Mural interventions have disappeared in favour of canvases stretched over frames and arranged within the space.

Gilles Mahé, L’Entreprise de l’art (The Art Company)
Consisting of artworks created by Gilles Mahé (1943-1999) and belonging to the Frac Bretagne collection, L’Entreprise de l’art recounts an unparalleled artistic practice spanning almost thirty years. From the early 1970s, G. Mahé founded an artistic enterprise primarily based on collecting images and inventing of new relationships between art and people. By considering images as the multiple elements of a transaction, as subjects for discussion and interpretation, Gilles Mahé strived to respond to major questions in art history: the notion of the masterpiece and the remanence of images, transmission, and the economy of art. Informed by seminal intuitions, making use of his unrivalled ability to navigate from one world to the next and to adapt codes and habitual practices borrowed from both economics and advertising to the artistic milieu, G. Mahé nonetheless remains little known and Mamco’s invitation in this sense provides the occasion for a closer look.

François Martin, Le soleil se couche, moi aussi (The sun goes to bed, so do I)
The thousand and eighteen drawings that comprise the series Le soleil se couche, moi aussi were produced over a two-year period, between 1 September 1995 and 31 August 1997. They all reveal a single protocol of execution: each drawing corresponds to a message found on the artist’s telephone answering machine. An invitation to dine? François Martin sketches a capon. A reference to Paris? An Eiffel Tower emerges under his pencil. While the techniques used vary (pencil, pastel, watercolour, acrylic paint, coffee) the medium is always the same: a squared scrap paper notebook of average size. On each page, along with the drawing, F. Martin applies a stamp with the day’s date and notes in pencil the time the message was received, its content and the name of the caller. On evenings without messages, he produces blue, purple, red, orange, yellow, green monochromes, and so on and so forth... A truly programmatic work, this series now belongs to the museum’s collection. It is shown here in its entirety.

Hugo Pernet, Le Voyage en Italie (The Italian Journey)
In the 18 th century, the European elite roamed Italy to perfect their studies in the humanities. Many artists ended up moving there and forging a Romantic-Classical tradition, among its Arcadian landscapes and melancholic ruins. By electing to entitle his exhibition Le Voyage en Italie , Hugo Pernet clearly devotes himself to this classical history of painting. The name inevitably exudes the cypresses of Tuscany, the light of the Mediterranean, faded palaces, baroque exuberance... It is visions of Italian-ness , of this dreamlike territory, that have motivated the series, more than snapshots from an actual journey. The reason being that H. Pernet has never been to Italy. This way of approaching the expectations suggested by a title from a counter angle is recurrent in the artist’s work. At heart, Le Voyage en Italie, as H. Pernet explains, “is the story of an exhibition that does not exist and a journey that I never undertook in a country invented by painters. Paintings exist and these are the only true elements”.

Denis Savary, Neige de Printemps (Spring Snow)
For a long time, the fourth floor of Mamco was devoid of any picture rails and presented a 180° panorama through broad windows. It is precisely the memory of this viewing platform that forms the point of departure for Denis Savary’s exhibition, largely consisting of previously unseen works. Neige de Printemps is a den of metaphors, inspired as much by ice floes, penthouses, houses, and villages as it is by refrigerators. Everything can simultaneously be considered as a character or an element of the decor, as container or content. A reversibility of meaning and status is played out in full in the relationships that form between certain works. The strange weather of this Neige de Printemps in midsummer also brings a breeze into the exhibition bays. Inflatable structures, tunnels, blisters, drawings and levitating whales: subjects suggesting the sensation of a breeze or current are myriad. It is no doubt this slight shiver that gives the artworks the “fantasy effect” which Philippe Alain Michaud notes in reference to the artist’s work. The works are thus discovered with the lilting rhythm of a parade.