A miniature anthropology of these outsiders: Lithuania, Latvia and Estonia 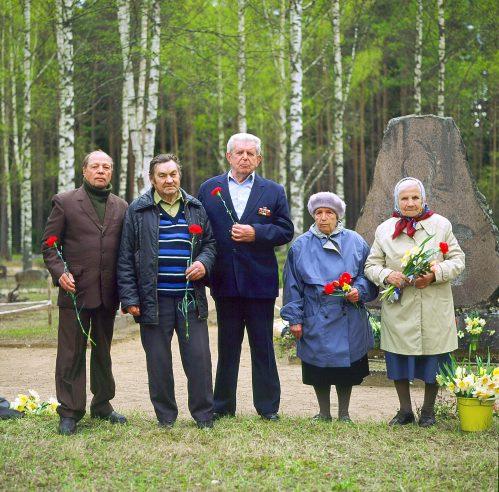 On the first of May ten new countries will join the European Union, amongst them Lithuania, Latvia and Estonia. Politicians and the media are predicting economic improvement for the newcomers. The opinions of ordinary citizens in the West are somewhat less euphoric: the wealth that is to be created will require advance payments. But further to the East there are also doubts and fears â€“ it's only that they cannot be heard as clearly in the West. Who are those 36 per cent Lithuanians, 27,5 per cent Latvians and 36,6 per cent Estonians who didn't turn up at the referendum about joining the EU, and those 9 per cent and twice 33 per cent respectively who voted against? Despite some historic/al, confessional and linguistic differences, the three baltic states share a past as former Soviet Republics and thus similar social and political problems, such as their Russian minorities. Others like poverty, unemployment, lack of social security and xenophobia, that were not supposed to exist in all former socialist countries, hit all the harder and without any warning in the nineties.

The exhibition is a miniature anthropology of these outsiders: of new or not so new failures or rebels. None of the four groups of works was produced for this political occasion. But these works which have been created by artists in their twenties and thirties, and focus on social themes underline what the three easternmost countries of the new Europe have in common.

The internationally best-known artist of the exhibition is the Lithuanian Egle Rakauskaite (born 1967, participation in: 2000: L'Autre Moitie de I'Europe". Galerie Nationale Jeu de Paume; 1999: 48. Biennale in Venice: After the wall, Hamburger Bahnhof, Berlin; 1997: 5. Biennale in Istanbul). Recently Rakauskaite's interest has shifted away from self-reflective body-art and iconography of contemporary womens' art towards projects with social connotations, mostly in videos. Lithuania's declaration of independence in 1990 and the collapse of the Soviet Union lead to the annullment of an edict issued in 1961 by the Presidium of the Supreme Soviet of the USSR which ordered that the struggle against individuals who avoid socially useful work and engage in a parasitic lifestyle directed against society be intensified. The consequences soon became visible in the streets. Rakauskaite's cycle ''Homeless in Vilnius'' consists of large black and white photographs taken in the year 2000 in an improvised open-air-studio in the Lithuanian capital. It shows people in a situation that was not supposed to or did not exist before 1990.

Herkki-Erich Merila (born 1964) is a main representative of postmodernism in Estonian photography. Like Rakauskaite, he has recently turned towards social problems. In ''Welcome to Estonia'', a series from 2002 Merila (who has been working in advertising for years) undermines the language of his medium with its very own means. He combines positive and negative sides of the new Estonian market-economy. Estonia, with a population of 1,3 million the smallest of the Baltic states, is heavily dependent on tourism â€“ an industry that profits from security and friendliness. Merila has characters from the local heavy-metal-scene (who look a bit like right-wing radicals) pose with the above slogan and hints with this at previously non-existent crime and xenophobia. Currently, this series is also being shown in Helsinki's Kiasma Museum of Art, at an exhibition titled ''Faster than History'' about contemporary art in the Baltic states, Russia and Finland.

The youngest participants in the Berlin exhibition come from Latvia. Simona Veilande (born 1979) and Emils Rode (born 1974), whose educational background and experience is closer to economics and finance than art have accomplished a number of widely noticed interdisciplinary projects (under the label of ''pureculture") in Riga. The latest is a documentation of pensioners' fashion in Riga co-produced with photographer Gatis Rozenfelds (born 1977, participant of the last biennale of Baltic photography). The majority of old-aged people in the Baltic (one third of Latvia's population are pensioners) are among the losers of the economic developments since the early nineties. With a monthly income of roughly 100 dollars they can hardly profit from the wealth of goods of the market economy. The artists of ''pureculture'' observed that most elderly women and men of Riga (and of Vilnius and Tallinn, too) still wear the same clothes as twenty or thirty years ago. The artists had begun their research out of pure aesthetic interest (in colours and textures, silhouettes and cuts), but soon they unearthed deeper layers of meaning: questions of poverty and inevitability of death as well as of a certain kind of wisdom that comes with old age. The publication documenting the project includes (alongside the studio photos) essays on such subjects.

Kaspars Goba (born 1975) has chosen a subject specifically related to his native Latvia (and to a somewhat lesser degree to Estonia, too): the consequences of the policy of russification during Soviet occupation. Latvia will have the largest Russian speaking minority of the European Union: of a total population of 2,34 million 677.000 are Russian and 150.000 are White Russians and Ukrainians. This causes major problems in education, particularly in funding and language policy. 21,6 per cent of Latvia's inhabitants are so-called ''non-citizens'': so far they've failed to meet the criteria required for citizenship, mainly because of a lack of elementary command of the Latvian language. In the EU ''non-citizens'' have neither the right to unrestricted travelling nor free choice of residency. Kaspars Goba documents the life of a typical Russian enclave community in Latvia. The settlement Seda was founded by Soviet colonisers in 1952 in swampy territories for the production of peat. Today the Stalin era style buildings house 1.800 Russian speaking people, most of whom are ''non-citizens''. They live strangely cut-off in time and space and long for past times. Will their lives change within the EU?

The Estonian part of this exhibition was set up jointly with the Contemporary Arts' Centre in Tallinn and its director Sirje Helme. Helena Demakova, newly appointed Minister of Culture of the Republic of Latvia, contributed to the Latvian part.