In "The Fracture" Mircea Suciu aims at exploring fragmentation as a critical perspective of understanding the symptoms of our times. An exhibition is dedicated to the influence of Der Wanderer on modern day Romanticism, featuring an archive of images from art and popular culture. The artists at "Never Alone" try to break the trivial condition of being an emigrant through their artworks. "De-a Arhitectura": models, drawings and texts about an ideal city neighborhood, imagined and made by 3rd and 4th year school children. 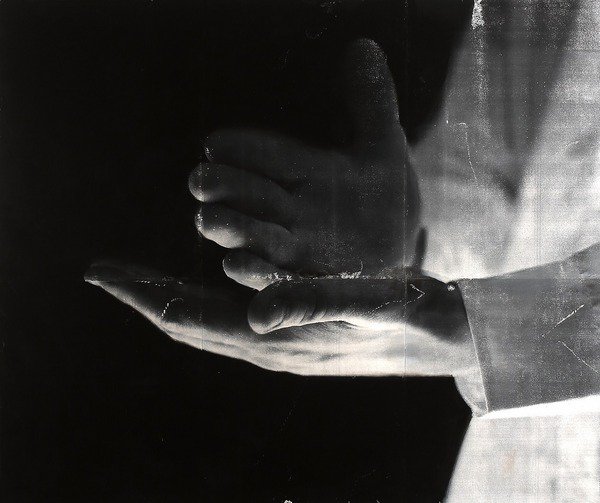 Imagined as a response to the symbolic context of exhibiting within the spaces of The People’s Palace (colloquial name for The Palace of the Parliament) where the museum is located, The Fracture aims at exploring fragmentation as a critical perspective of understanding the symptoms of our times. The approach takes as a starting point the observation that discontinuity and the experience of the multiple transformations that occurred after 1989 have caused serious mutations in the mentality and the manner in which Romanians and East-Europeans relate to the present.
The artist seizes that the violent rupture with the old manner of seeing and thinking from the Communist period corresponds to an equally violent fracture in Capitalism and to a hybrid identity suspended between nostalgia for Communism and the mimesis of European forms without content.

The exhibition will be itinerated in 2016 to MoCAB – Museum of Contemporary Art Belgrade.
Project supported by: Zeno X Gallery, Belgium and Grup Transilvae.

His appearance has appealed for centuries: the lonesome wanderer who stands atop a mountain, his back towards us. Staring into the distance, alone with his thoughts, he is one with nature. In how many paintings, photos, film posters, book and album covers, commercials and holiday pics has his image not been used?

Not everyone will know these images have (indirectly) been inspired by Caspar David Friedrich’s (Germany, 1774-1840) Der Wanderer über dem Nebelmeer (1818). The painting has become a symbol for the Romantic search for sublime beauty and for nature as the embodiment of that beauty ideal.
This exhibition is dedicated to the influence of Der Wanderer on modern day Romanticism, featuring an archive of images of contemporary Wanderersfrom art and popular culture and the video installation ZS.movi that Eelco Brand (NL, 1969) made especially for BredaPhoto.)

The central idea of the exhibition was inspired by Ioana Cojocariu’s artwork - Never Walk Alone and it aims to gather several Romanian artists living abroad to reflect upon the condition of being an emigrant through different artistic practices.
The exhibiting artists at Never Alone try to break the trivial condition of being an emigrant through their artworks. They take a look at their own condition from an external point of view, they transform it into the condition of the spectator, which implies that they are able to overcome stereotypes and prejudices and to treat them with irony and great humor.

De-a Arhitectura Association aims to promote architecture and built environmental education, in order to raise the awareness and provide knowledge about the values of architecture, design and urban planning. We believe that the quality of the urban and rural built environment can also be achieved through the understanding and undertaking of these values by various audiences, especially children and young people.

The exhibition presents models, drawings and texts about an ideal city neighborhood, imagined and made by 3rd and 4th year school children. This works are the projects of the 25 classes from Bucharest schools, involved in the De-a Arhitectura in my city school curriculum, designed by De-a arhitectura Association. In July and September the exhibition will host several architecture and design workshops, led by architects, for children who are enthusiastic in these fields.