Good luck with your natural

This project brings together artists whose practice is founded on cooperation and interchange with a diversity of social, geographic and economic spheres. 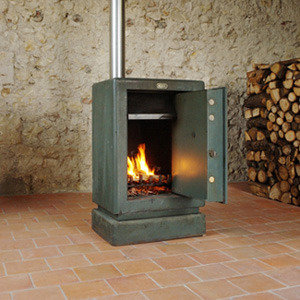 We would like to welcome you to the exhibition Good luck with your natural, combined, attractive and truthful attempts in two exhibitions.

This project brings together artists whose practice is founded on cooperation and interchange with a diversity of social, geographic and economic spheres; and who are attempting, at the level of an art centre, to look into the modalities, circumstances and other aspects of making art.

If the title of the exhibition reflects the work of Charles Fourier and certain facets of his theory of passionate attraction, it is because we have indulged in what he called “butterfly passion,” freely borrowing from him terms that might be useful to us. For instance, in Fourier’s language the word truthful refers to the “truthful social commerce” of the members of his phalansteries, as opposed to the false commerce of the civilised world. Truthful commerce is founded on a cooperative system which does away with all speculative intermediaries between production and distribution of foodstuffs and manufactured goods. But this is not all, and it is not our subject. Here we construe the word commerce in its broad semantic sense: as a form of interchange involving the dissemination of proposals, knowledge and ideas in a way that sets up reciprocal communication and thus engenders human relationships full of the pleasure of communication with others.

The works making up this exhibition have to do as much with a process of exchange, however odd it may be, as with the actual objects exchanged and their subsequently modified production tools. These works proceed from (and produce) situations of sociability based on the notions of sharing the artistic act with, or delegating it to, other artists, the members of a community or the public. Hence they will often entail a redistribution of roles—in particular that of the creator—and will overflow the spatio-temporal context of the exhibition by involving communal objects that evolve over time.

So the exhibition starts at CRAC Alsace in Altkirch on June 18 at 7:30pm and will surface again—in a new form, naturally—at the Fórum Eugénio de Almeida in Évora, Portugal in 2017.

We look forward to seeing you for an exchange of ideas at the opening. In the meantime we wish you Good luck with your natural, combined, attractive and truthful attempts in two exhibitions. See you soon, Filipa Oliveira and Elfi Turpin.