Lieven De Boeck presents two installations dialoguing together both formally and conceptually. Hajra Waheed in her first solo exhibition in Montreal, will feature new paintings, a rare instance of her use of the medium. 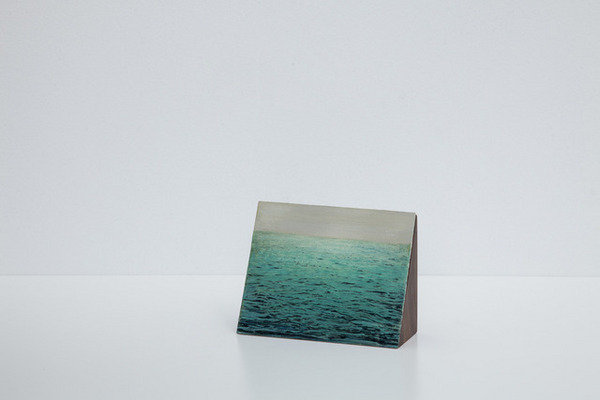 Lieven De Boeck: Let Us Be Us, Again and Again, and Always

Let Us Be Us, Again and Again, and Always, the first exhibition in America of the Belgian artist Lieven De Boeck, will feature two installations dialoguing together both formally and conceptually.

The White Flags project follows the artists’ visit to the United Nations headquarters in New York. Struck by the strictly alphabetical deployment of the flags of the 192 member states of the institution, De Boeck began to question the ways in which the flags are grouped by formal affinities. He thus identified six categorical patterns – the abstract, crosses, circles, stars, crescents, and the figurative - before classifying them based on their number of colors to avoid the alphabetical classification.

The second phase of the project was to eliminate any coloration and to create paper cut versions of the flags with as many layers as there are colors used. Purified and bleached, these ersatz national flags made of paper are expropriated from their original specificity and function. The ending result is as if de Boeck has somehow neutralized the flags symbols and religious references, as well as their historical and ideological meanings, all of which form, in part, their identity.

In addition to the canopy of flags that are suspended in the air, a multitude of basketballs that are randomly scattered, occupies the floor. We find here fourty three identical basketballs painted with the fourty three Pantone tonalities identified from the United Nations flag colors. A colored stencil is applied to each of them highlighting the oceans. In The White Flags piece, which consists of identifying geometric forms or common cultural and national symbols, the research here is on the chromatic convergences of the various flags.

In response to the effect of sectarian flags following one another, the basketballs will evoke the concept of globalization. Each marked with white ink in the form of footprints representing the five continents, they become globes.

Using game vocabulary to question global issues, dialectic languages reoccur in de Boeck’s work. The installation presented here, with strategies to "de-colour" and "tattoo" the flags’ geometric shapes, its various swaying movements and bearings, all highlight the fragility of our world, of our culture and identity. 'Emmanuel Lambion'

Hajra Waheed / Asylum In the Sea

Since its inception in 2013, Sea Change has received international critical acclaim. Over a period of many years and hundreds of works, this visual novel chronicles the journey and disappearance of nine missing characters. Through the process, Hajra Waheed explores the narratives around migration - a passage that is as physical as it is psychological and emotional. Together, the works provide a glimpse into the fragments of ourselves that we leave behind and the offerings we make to all those along the way.

Her first solo exhibition in Montreal, Asylum In the Sea, will feature new paintings, a rare instance of her use of the medium. These intimate works evoke the critical moment when an object is overcome by a swelling vortex, only to loose its buoyancy and be swallowed by the sea.

Hajra Waheed
Hajra Waheed’s works seek to address personal, national and cultural identity formation in relation to political history, popular imagination and the broad impact of colonial power globally. Her mixed-media practice consists of ongoing bodies of work that constitute a growing personal archive – one developed in response to all those seemingly lost amongst rapid regional development and/or political strife. Although works on paper remain the foundation of her practice, they often act as starting points for larger mixed media installations. Over the last decade, Waheed has participated in exhibitions worldwide, most recently including Collages: Gesture & Fragments, Musée d’art contemporain de Montréal, QC (2014), Sea Change, Experimenter, Kolkata (2013), (In) the First Circle, Antoni Tapies Foundation, Barcelona and Lines of Control, Herbert F. Johnson Museum of Art, NY (2012). Recipient of the prestigious 2014 Victor Martyn Lynch-Staunton Award for outstanding achievement as a Canadian mid-career visual artist, her works can be found in a number of permanent collections including the Museum of Modern Art, NY, the British Museum, London, the Burger Collection, Zurich and Devi Art Foundation, New Delhi. She lives and works in Montréal.