In a ground-breaking project that has been in development over the last three years, Carriageworks has commissioned 24 major works that sit at the nexus between film, dance and the visual arts. 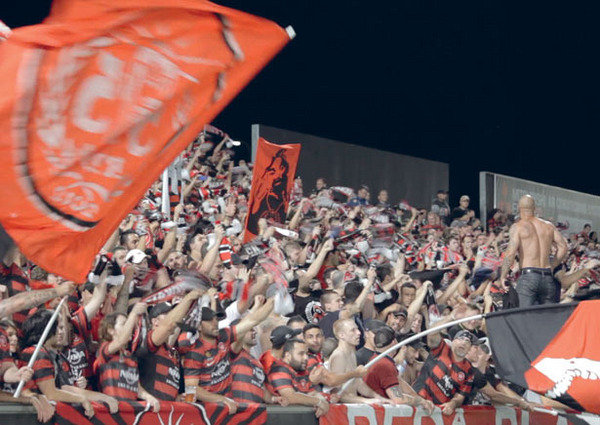 In a ground-breaking project that has been in development over the last three years, Carriageworks has commissioned 24 major works that sit at the nexus between film, dance and the visual arts. The exhibition has been conceived in response to a shift towards interdisciplinary and collaborative experimentation in contemporary artistic practice.

24 Frames Per Second consolidates Carriageworks’ growing national and international reputation for innovation in the making and presentation of contemporary work. “We are excited to present the results of three years of experimentation and work by leading artists from across Australia and internationally. This major new initiative continues the Carriageworks commitment to providing uncompromising support of artists and to making risk-taking new work which is both relevant and engaging to audiences locally, nationally and internationally,” Carriageworks Director Lisa Havilah said.

An encounter with the works in 24 Frames Per Second highlights the exhilarating physicality of dance as it is presented on screen, from individual movement to collective expression, from endurance to exhaustion, from rehearsal to performance. It also reminds us that artists working together across disciplines can reveal complex and multi-faceted truths about contemporary experience.

Highlights of the exhibition include a new installation by Sydney-based artist Tony Albert and choreographer Stephen Page, Artistic Director of Bangarra Dance Theatre, which looks at the vulnerability and strength of young Aboriginal men.

Paris-based Australian artist Angelica Mesiti explores the Berber tradition of the Nakh dance from the Algerian/Tunisian border, a ceremonial wedding dance in which the bride’s female attendants thrash their hair to enter a trance-like state.

British choreographer Siobhan Davies and filmmaker David Hinton use the ten-second sprint as their focal point, referencing Eadweard Muybridge’s celebrated studies of motion in a new film called The Running Tongue, to which 22 independent dance artists have contributed.

Khaled Sabsabi’s multi-channel video projection explores correspondences between the heightened states of ecstasy and fanaticism exhibited by fans of the Western Sydney Wanderers football team with those performed by an Indonesian shaman.

Choy Ka Fai‘s Triangulation is a study of the act of choreography in which two dancers create a dance duet by responding only to the brainwave of the other. It continues Choy’s pseudo-scientific exploration into the neurological narratives of our body and the manner in which movement is conditioned.

Choreographers Byron Perry and Antony Hamilton have created an interactive work which hands the editing process over to the audience. Keyboards allow visitors to craft a rhythmic, hyper-edited choreographed duet between two projected portraits.

Renowned French choreographer François Chaignaud performs a fragile new solo choreography and vocal score to Henry Purcell’s baroque piece O Solitude: A Song Upon a Ground. Filmed in Death Valley in California by French filmmaker César Vayssié, the film sees Chaignaud escaping the traditional space of the theatre to be an isolated fugitive amongst the infinite expanse of the desert.