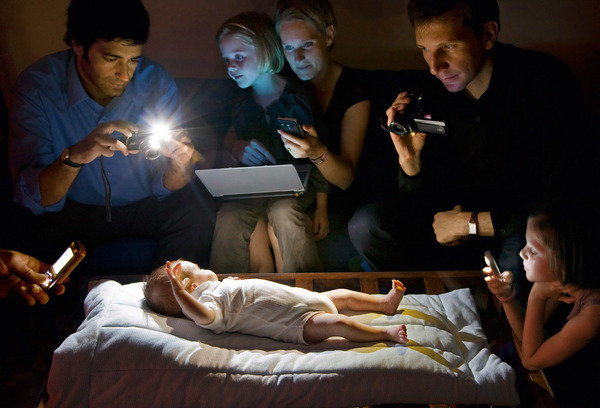 “Automated cameras, miniature de vices the size of a grain of salt, cameras that capture odors , cameras in which the focus can be adjusted after the shot ... the new aesthetic possibil ities of photography have changed the way we look at the wor ld. But a picture is still a picture. Since the camera is not a robot with artificial intelligence, the human behind the machi ne is still the crucial factor,” says Krzysztof Candrowicz, curator of the Triennial of Photography Hamburg, as he describ es the future of the image and of photography. Th is is the central theme of this year’ s Triennial of Photography, which will take place in Hamburg for the sixth time from 18 to 28 Jun e 2015. Exhibitions will be held not only at the city’ s eight leading museums and cultural institutions, but also at gallerie s, in containers and in the old w arehouses that make up the city’s new Creative C enter. Hamburg is thus once again the center for photography in Germany in 2015.

From Berenice Abbott and David Hockney, to Lynn Hershman Leeson, Yto Barrada , and Josephine P ryde, to Catherine Balet, Phillip Toledano , and Henrik Spohler: over ten days, the Triennial will focus on extraordinary ideas, enthusiasm and commitment to photography, in lectures, films, projections, encounters and exhibitions that will continue well be yond the festival period. For ten days, not only photography and art enthusiasts but also a mainstream audience will have the opportunity to discover and experience photography in all its diverse dimensions.

The Triennial of Photography Hamburg
In 1999, the first Triennial of Photography Hamburg, initiated by the photographer and collector F. C. Gundlach, took place at four museums and cultural institutions as well as forty galleries and other locations. At the last Triennial , in 2011, the number of e xhibitors had more than doubled and the shows attract ed over 200, 000 visitors. We hope to inte rest even more visitors with the extensive program of events and exhibitions this year , especially those organized by our European neighbo rs.

The topic for 2015
The motto of the Triennial , “THE DAY WILL COME”, a Biblical quotation, serves as an inspiration to imagine a future, a future of photography in a technical sense, but especially in terms of aesthetics. In an interdisciplinary cooperation, curators, artists, futurologists, and sociol ogists will build a bridge into the future and will evaluate the various aspects from different points of view.

The curator
Artistic director of the Triennial is the curator Krzysztof Candrowicz, who is responsible for the entire program of the international festival. Krzysztof Candrowicz, 35, is founder and director of the International Photofestival Łódź, the Foundation of Visual Education, and the Łódź Art Center, Poland. In 2004, he founded PhotoFestivalUnion, a network of thirty European pho to festivals. In additio n, Candrowicz is a guest curator and gives lectures at many European and international organizations.

On the occasion of the Triennial, an exhibition catalogue and a free guide will be published. A festival ticket is available s tarting May 2015 at all participating museums and exhibition spaces. From the 18th of June onwards the festival ticket can be purchased a dditionally in the Container City on the forecourt of the Deichtorhallen. Price: 60 € / 40 € reduced

The Container City in front of the Deichtorhallen Hamburg opens at 10 pm.

The festival center with the Container City The focal point o f the fest ival will be a container city on Deichtorplatz featuring exhibitions by ten European photo festivals and photo schools. As international partner, New York's Photoville Brooklyn festival will present cont emporary American photography.
Ahead of the festival, from 18th to 28th September 2014, the Triennial, as a partner of Photoville, New York, presented an exhibition of the Hamburg based photographer Henrik Spohler in a container on the festival grounds of Brooklyn Bridge Park.