Landscape: Transformation of an Idea

Art from 1800 to the Present Day from the Collection. "Landscape" can define a place with strong emotional and political connotations etc., such as when referring to a person's home country. In the context of the exhibition: Darren Almond's photographs Amalfi Sketchbook, and North Korea by Wolfgang Temmel, painting from computer images. 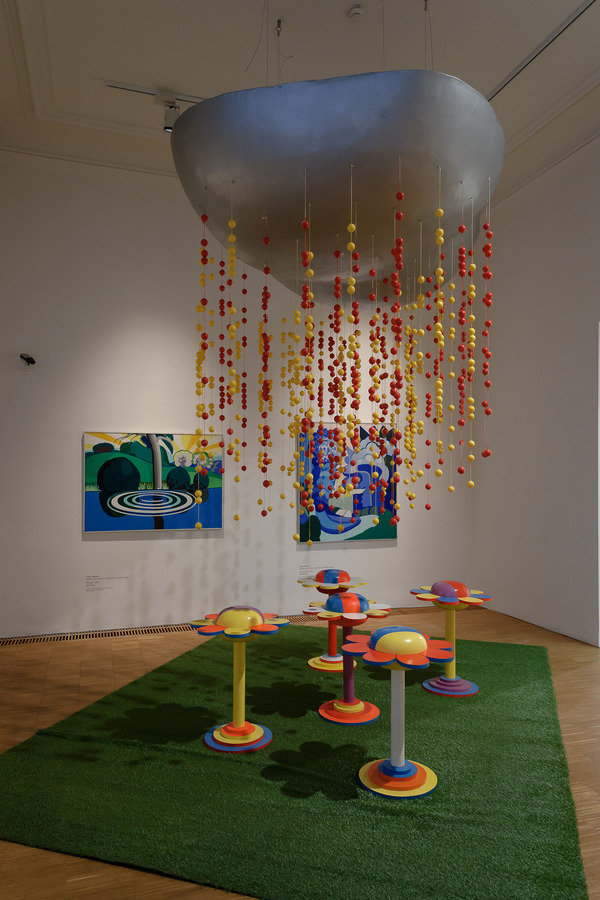 The term “landscape” can be understood in many different ways – both inside and outside of artistic discourse. It can refer to the real living environment of a person or to an area visited by tourists or utilised for tourism. It can refer to land researched within different disciplines, or to land which is changed or used for various purposes.
more Expand Box

“Landscape” can define a place with strong emotional and political connotations etc., such as when referring to a person’s home country. All these functional connections have led to different images and manifestations – artistic landscape painting and drawing is only one of many approaches.

For this reason, this exhibition does not aim to provide a stylistic overview of the history of landscape painting for the period represented by the Neue Galerie Graz collection, which stretches from 1800 to the present day. The aim of this exhibition is a far broader one, as it attempts to use exhibits from the collection to visualise the complex interactions between the depiction of landscape and the perception and understanding of nature and reality. To this end, two time periods around one hundred years apart, and seemingly unconnected, are placed in relation to one another. These two periods are the first half of the 19th century and the period from around 1960 to today. The years between 1850 and 1950 are left out. This juxtaposition reveals not only differences but also surprising parallels between the two epochs.

In the 19th century, scientific and artistic images of nature connected in far more diverse ways than was previously the case. This process has continued to densify and specialise ever since. For example, the construction of railways in the early 19th century, the satellite measurement of the earth (GPS) and the images that resulted (railway lines and Google Earth) show how new technology changes both the function and the images of the landscape. Landscape always represents the symbolic entity of nature as well as cultural patterns of appropriation. Its depiction is the result of a diverse network of knowledge from the respective epoch. Technical media – photography, film, video and computers – have helped to represent nature in a documentary and scientific manner, contributing to a change in reality. All this reveals that nature and landscape are constructions of reality: a map does not portray a country but rather constructs it. Within the period of time thematised in this exhibition, art reveals itself to be an analytic structure of the constructed reality.

Topics and artists in the exhibition

The multimedia exhibits in the exhibition primarily come from the collection of the Neue Galerie and span a timeframe of two centuries.

On the ground floor (19th century), the following topics can be seen:
opening up the landscape – transforming the landscape into an ideology – the idealisation of the landscape – autonomous nature – images of far away: between ideal and reality – geological research and visual representation.

On first glance, Darren Almond’s photographs seem to reveal a classic image pattern. This British photographer (born 1971) created his 2014 Amalfi Sketchbook in the style of Carl Blechen, a prominent representative of German early realist art, and the landscape drawings which he produced in South Italy in 1830. Almond has transferred Blechen’s masterly sketches of narrow alleys flooded with light, picturesque groups of trees and scenic architecture into photography. His monumental photographs, mainly taken during full moon, were produced using time exposure, giving them a sense of timelessness. As visual revenants, they seem to contain time itself and convey a sense of mystery. In Graz, Almond’s photographs are presented in juxtaposition with pages from Austrian landscape painter Thomas Ender’s Italian Sketchbook, created between 1819 and 1823. Like Blechen, Ender combined artistic skill with a scientific interest in topographical conditions.

The beauty of the North-Korean landscape is not open to travellers. However, it is possible to overcome the inaccessibility of reality using technology such as satellite photography. Google Earth allows us to travel within a virtual space. Wolfgang Temmel pursues a type of mediatised experience of nature when painting his conventional North Korean landscapes, combining computer images with sophisticated painting skills. In this moment, the classic medium of painting is transferred into the context of new media art. Medial anachronism also emphasises the political dimension of the situation. North Korea is not known for its tourism clichés. Rather, it is the military context that motivates visual awareness, driving and intensifying the construction of reality.