'Geniale Dilletanten: Subculture in Germany in the 1980' presents the work of seven bands, in addition to various artists, filmmakers and designers. 'The Cold Libido' presents issues such as love, longing, loss, fear, violence, and death. 'Random Sampling' draws from a collection with an overwhelming number of outstanding works. 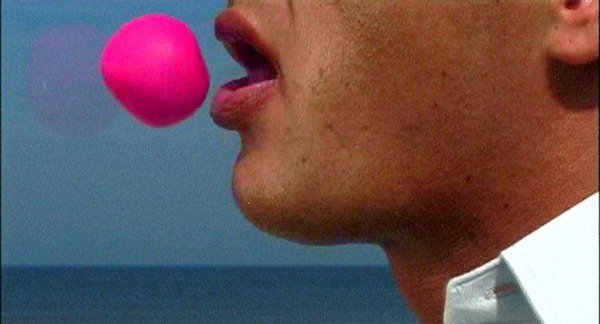 Geniale Dilletanten" [Genial Dilletantes], the deliberately misspelled title of the concert held in Berlin's Tempodrom in 1981, has become a synonym for a brief era of artistic upheaval in Germany. The intense cultural activity of this period developed particularly in and around art schools and was marked by cross-genre experimentation and the use of new electronic equipment; musical craftsmanship was frequently spurned. The emergence of new record labels, magazines, galleries and clubs, as well as the plethora of independently produced records, tapes and concerts, illustrate the growth of self-organisation and the do-it-yourself spirit of this period. By adopting German rather than English as the language for song lyrics and band names, the protagonists of this new scene set themselves apart from the mainstream, giving credence to the movement's claim to be representing a radical new departure. Its vociferous protest and targeted provocation also brought Germany's alternative artistic scene international acclaim and recognition.

To illustrate the extraordinary innovative spectrum of this subculture the exhibition presents the work of seven bands, in addition to various artists, filmmakers and designers from the most stimulating cities and regions in West and East Germany. The bands profiled in the show include the "Einstürzende Neubauten" [Collapsing New Buildings], a project that explored the boundaries between music and noise using instruments made from scrap metal and everyday objects; "Die Tödliche Doris" [The Deadly Doris], which experimented with various artistic forms such as music, film, photography, object art and painting; "Der Plan" [The Plan], which emerged from an art gallery and performed in surreal costumes, singing ironic, sarcastic lyrics; and the band "Freiwillige Selbstkontrolle (F.S.K)" [Voluntary Self-Control], founded by contributors to the underground magazine "Mode & Verzweiflung" [Fashion & Despair], which focused in particular on moments of cultural disparity and rejected the idea of authenticity. One of F.S.K.'s best-known slogans was "Disco today, revolution tomorrow, an outing to the country the day after tomorrow. This is what we call voluntary self-control" (1980). Also included in the exhibition is the band "Palais Schaumburg" [Schaumburg Palace], whose music gained its particular character from the combination of synthesizers and sampling devices accompanied by trumpet and bizarre, atonally recited vocals. In addition, in defiance of difficult circumstances, various East Berlin artists and musicians were engaged in the avant-garde band project "Ornament und Verbrechen" [Ornament and Crime], which was influenced by jazz, industrial and electronic music. Finally, the West German duo "Deutsch Amerikanische Freundschaft (D.A.F.)" [German-American Friendship] combined provocative texts with hard drumbeats, coupled with synthesizer sounds and a stage show caught between ecstatic frenzy and tumult.

The extensive exhibition presents the protagonists and venues of artistic milieus in different German cities, offering insight into a broad variety of networks as well as exploring simultaneous developments in art, film, fashion and design. Incorporating an interview film produced especially for the exhibition, a rich array of video and photographic material, audio samples, magazines, posters and other artefacts documenting the scene, this most comprehensive presentation to date of German subculture in the 1980s will also be accompanied by a wide-ranging programme of events that includes concerts and symposia.

"Genial Dilletantes" was conceived as a Goethe-Institut touring exhibition and has been considerably expanded for its presentation at the Haus der Kunst. The exhibition has been curated by Mathilde Weh, deputy director of the department of visual arts at the Goethe-Institut.

Since spring 2011, Haus der Kunst is showing films and media art from Sammlung Goetz in the building's former air-raid shelter. The Cold Libido is the eighth presentation of this exhibition series.

Video art has abandoned its mistrust of narrative cinema and now delves deep into its reservoir of emotions – not to seduce through emotional dramaturgy and intensity, but rather to explore the dynamics of cinema. Through film works by artists Keren Cytter, Aïda Ruilova, Jeanne Faust, Annika Larsson, and Shahryar Nashat from Sammlung Goetz, Haus der Kunst presents a compressed spectrum of this artistic exploration.

The selected works call upon fundamental issues such as love, longing, loss, fear, violence, and death. They appear to be pre-formatted via their references to film genres such as horror, soft porn, drama, or thriller. The videos employ different cinematic tactics to break open the movie's closed form and abrogate the mechanisms of audience seduction, e.g. the promise of pleasure, control, and power. Our preliminary understanding of the moving image and the alluring vitality of the cinematic apparatus is disturbed. Shock-like cuts interrupt the experienced cinematic time; loops in ultra-short sequences render cinematic settings invisible; and narrative parameters are broken down to decouple actors, characters, locations, images, and sounds from each other – or to dissolve the plot completely.

The videos reduce strong emotions to short segments of visual pleasure; they fracture the close relationship between viewer subject and movie text and place things in idle. Brief pauses in the cycle of deficiency and desire are the productive moments of the works, because it is in them that the view of ourselves, of others, and of the balance of power – things that connect us to one another – can be re-imagined. The videos thus oppose the logic of the period of their creation, between 1998 and 2008, a decade in which the economy of desire fully succumbed to crises and catastrophes.

The title of the exhibition combines two words that result in a contradiction: While "random" signifies something unintended, unpredictable, and devoid of relationship; a sample describes a recognizable structure, based on repetition, which can always be continued and expanded.

The concept of a collection can be grounded in different criteria, which, like randomness, can be coincidental and subjective, or, like a sample, can be applied stringently and objectively. It is a private collection’s privilege to acquire pieces that correspond to its own interests, detached from content and formal requirements. Sammlung Goetz has become increasingly significant since the mid-1980s. It has traced not only the development of contemporary approaches in art, but also historical trends such as Arte Povera and Minimal Art. Yet it does not represent an encyclopedic overview of art from the late modern period to the twenty-first century but rather documents the greater importance of artistic positions through representative groups of works. Since its establishment, painting has been a central and pioneering media in Sammlung Goetz. Ingvild Goetz’s collecting practices were not confined by the ideological controversy surrounding postwar art, which was conducted based on the progressiveness of abstraction versus the regressive quality of representational painting. The different positions of her collection are thus solely determined "by a common approach to painting".

"Random Sampling" draws from a collection with an overwhelming number of outstanding works. It sheds light on crucial positions in painting, whereby the selection of artists and works is based on a broad understanding of the term. The exhibition spans a period of nearly 50 years, thereby also questioning the definition and constaints of the contemporary.