Mrac is delighted to open its summer season with two major exhibitions of Mexican artist Mariana Castillo Deball and Portuguese artist Francisco Tropa, along with a project room dedicated to Hicham Berrada and an installation of Reto Pulfer in the Prints and Drawings collection. 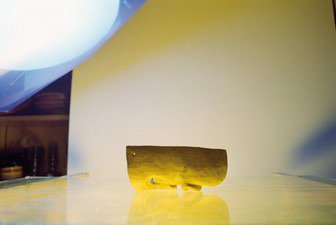 In her practice, Castillo Deball links conceptual traditions in art with in-depth research in archeology, history and ethnography to create installation, sculpture, photography, video and drawing that analyze the formal and linguistic vocabularies involved in object making, and how these have the ability to expose larger historical and social narratives. For Cronotopia, the artist presents Nuremberg Map of Tenochtitlan (2013), a monumental work covering the entire floor of one of the rooms. Made of wooden planks engraved and assembled so as to form a large drawing, it reproduces a map, the first and the most widespread image that Europeans had of Tenochtitlán, the prehispanic great megapolis. Who will measure the space, who will tell me the time? (2015) is the second iteration of a new body of work started in the Museum of Contemporary Art of Oaxaca, Mexico. The artist worked in collaboration with local traditional ceramics workshop to produce a series of ceramic elements that drew formally from existing archeological figures mixed with contemporary patterns. The results, typical of Castillo Deball’s work, play off of the anachronistic confusion created by the forms that compose it, wherein the language of visual art updates and challenges the idea of tradition and identity that still presides over most craft productions, thus suggesting the possibility of expansion and mobility.

Archaic instruments for measuring time, medieval representations of the cosmos, bronze giants and trompe-l’œil compositions: there is a distinct feeling looking at Francisco Tropa’s work of witnessing the creation of an autonomous world, where numerous representations of the world are vaguely recognised, from ancient Greece to modernist ideals. Tropa’s interest in these conventional models is philosophical as well as aesthetical. Philosophical because these systems question the overlapping of truth and fiction in our representations, and the way in which, since the dawn of time, man has distorted scientific truths for the benefit of a collective, whether political or religious, narrative. Aesthetical, because these frequently abstract representations of the world are an inexhaustible source for the artist, enabling formal whims of every kind, in an exhilarating relationship with matter and the different ways in which it can be transformed. Sunken Treasures of Ancient Egypt (TSAE) reflect all of these concerns. TSAE is a fictional archaeological expedition whose title spontaneously conjures up an exhibition drawing crowds in search of sarcophagi and other mummies. The title is key to propelling the spectator’s imagination towards an exoticism, to then be taken aback encountering productions with undeniable formal beauty and magic but that defy understanding, leaving it open to interpretation.

Reto Pulfer uses the existing architecture to set up his environments made of fabric and found objects that he has shaped for their colours, their history and their ability to convey or support a state. The artist has been involved in Die Kammern des Zustands, a constantly changing and progressive creation, conceived as chambers, since 2011.

Hicham Berrada’s work is fuelled by a double culture of art and science. The two videos from the series "Présage" is the fruit of a performance in which the artist, combining different chemical products in a beaker, causes a chimeric world to emerge. These transformations of matter are filmed and projected simultaneously onto the screen, immersing the audience into a world of fascinating forms and colours.