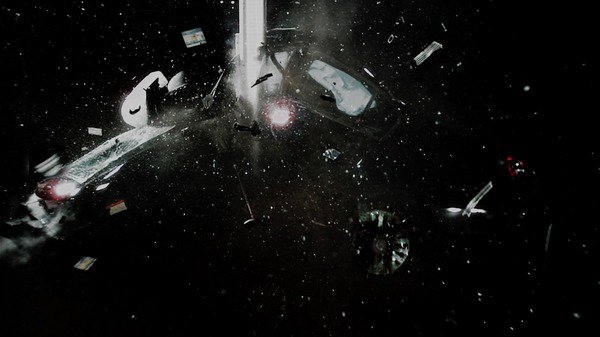 Petzel Gallery is pleased to announce a summer exhibition consisting of three independent installations by gallery artists Jon Pylypchuk, Jorge Pardo, and Dirk Skreber. The exhibition opens Thursday, July 2nd, from 6:00 – 8:00pm and will remain on view until August 7th, 2015.

For nearly two decades Jon Pylypchuk’s diverse oeuvre has mined ideas around love, longing, loss, and death through an anthropomorphic world of self-deprecating beings. These personalities have manifested themselves in a diverse range of media including sculptures, drawings, videos and collage. For this show Pylypchuk will present four paintings and one bronze sculpture. While still invoking the same cast of tragicomic caricatures, these large, imposing paintings, each measuring six and half square feet, represent a major stylistic shift for Pylypchuk including the transition to a flattened, 2-D format. As compared to the almost primitive form and materiality of his sculptures, Pylypchuk’s new paintings are laboriously worked over having been gessoed and sanded more than 15 times and then drenched with enamel pigment. These slick, highly engineered surfaces are the backdrop for portraits depicting blown up faces of only eyes and a mouth. In this new body of work the scale and composition, as well as the fluidity of how the paint is applied calls to mind variations on both abstraction as well as the act of performance.

Always eager to explore the sublime intersection of technology and craftsmanship, Mexico based artist Jorge Pardo was one of the first artists of his generation to harness advanced computer technology to extend the vast capabilities of the artist’s studio. For this show Pardo will present a surreal installation of hanging lamps originally designed in 2008-2009 using 3-D printing technology to create digital scans of people he worked with. Each scan was sliced into 30 cross sections made of polycarbonate with each section then intricately designed by the artist. These hanging figures defy functionality and their surreal nature and life-size scale alter viewers’ sense of their own presence arranging an environment for one to contemplate their own body.

The work of German artist Dirk Skreber inhabits the uncanny space between violence and beauty, catastrophe and calm, safety and fear. Contradiction manifests itself once again in his film “Turgidity” as the serene footage of an accelerating car unfolds into a horrifying, high-impact car crash. Skreber shot this film using a special HD camera allowing only four seconds of raw footage to create a seamless, almost meditative, 30 minute loop whereby elevating this instantaneous and traumatic event into a moment of exquisite beauty and contemplation. The majority of audio for the film was created by recording sounds including the artist’s own heartbeat, the biological rhythm of body fluids and the friction caused by different body movements. The vehicle used in this film was later repurposed for an outdoor sculpture park in Cologne in an installation called “Reactor”.