Continuous Drift. A public sound installation by the artist Sven Anderson, featuring contributions of some artists and collectives. This installation is integrated into Meeting House Square in Dublin. 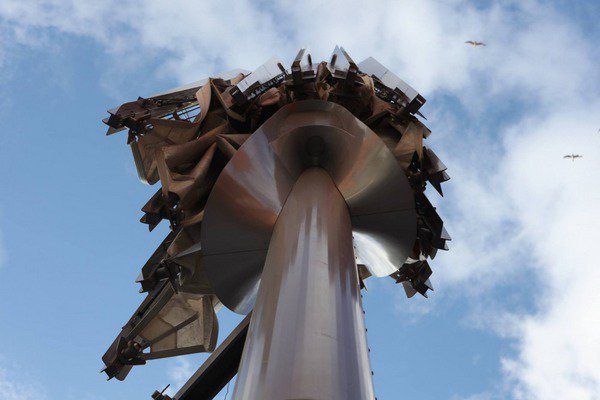 This installation is integrated into Meeting House Square in Dublin, Ireland.

Continuous Drift is an artwork designed and curated by Sven Anderson within Manual for Acoustic Planning and Urban Sound Design (MAP), a public art project commissioned by Dublin City Council. This work takes place as part of Interacting With the City, the second strand of the Dublin City Public Art Programme, and is funded from the per cent for art scheme through the Department of the Environment, Community and Local Government.

This project is integrated into the retractible umbrellas in Meeting House Square designed by Sean Harrington Architects.

Manual for Acoustic Planning
Manual for Acoustic Planning and Urban Sound Design (MAP) is a public artwork based on working within the city council in the experimental (and invented) role of Dublin City Acoustic Planner & Urban Sound Designer, negotiating the projects' agenda and workflow in response to how this concept is received internally within the council. This project emphasizes a dematerialized practice through which practical outputs (in the form of public sound installations) emerge as residual artifacts that are encountered as design prototypes executed within (or even by) the council itself. This approach opens new channels for the city to engender a sense of responsibility and possibility regarding this mode of working with sound in the urban context as an extension of existing planning and design processes.

Working from the minor perspective of sound within the city (or of urban sound designer within the city council), the MAP project functions as a productive dialectic set within an institutional framework, suggesting an optimistic mode of sustainable production that looks beyond the execution of finite urban interventions as well as beyond an internalized cycle of institutional critique.

The launch event will feature a performance by Miki Yui (JP/ DE). Over the course of the evening, those attending the launch will migrate to Meeting House Square to experience the installation for the first time.

Following this launch, the project will be operational in Meeting House Square.