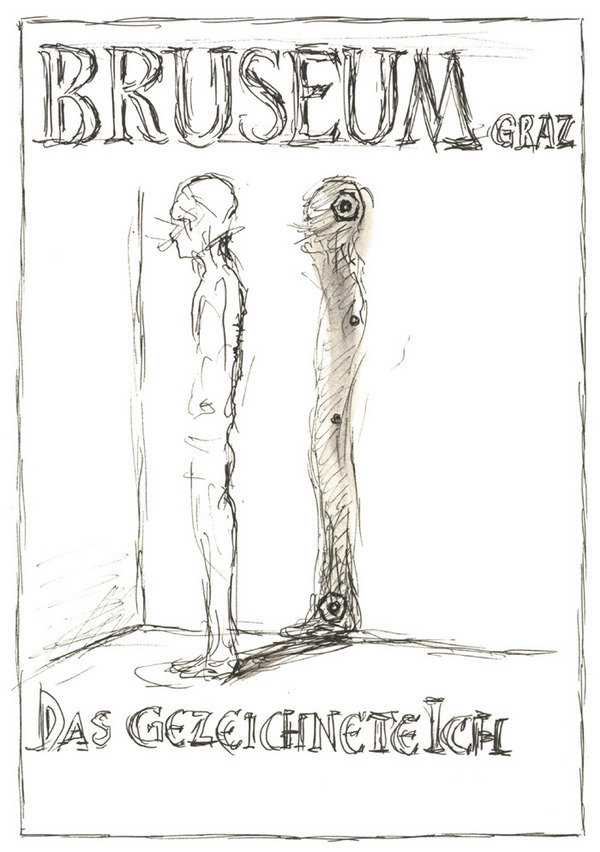 While formerly the portrait, above all the self-portrait, was a self-confident expression of artistic supremacy and individuality, e. g. in the Renaissance era, in the late 20th century it had become the expression of increasing insecurity. In our restlessly accelerating, over-commercialised world, in which the individual’s significance is on constant decline, certainties break apart and identities crumble away.
As a compressed image of the humanum, the face shows the outer view of the ‘exhausted self’ (Alain Ehrenberg), which is marked by fears, constraints and paralysing feelings of exhaustion and inadequacy. What does it mean then when artists break up and distort the physiognomy of their faces, releasing the view of what is behind and underneath, depicting themselves in a deformed state and in sinister mutations? Is the concern in these works only with a subjective depiction of the individual or with a representation of our time, too? The ‘marked self’ tells not only of the medium of its depiction, but also of the burdens of the present, which leave their traces behind in the face.

BRUSEUM
The long fostered wish of the Neue Galerie Graz, to establish its own Brus Museum for the internationally renowned Styrian artist Günter Brus - the "Bruseum” project - may now be a step closer thanks to a major collection acquisition initiated by Dr. Kurt Flecker, head of the Styrian Provincial Department for the Arts.
A permanent exhibition will now be dedicated to Brus following reconstruction work at the Neue Galerie.