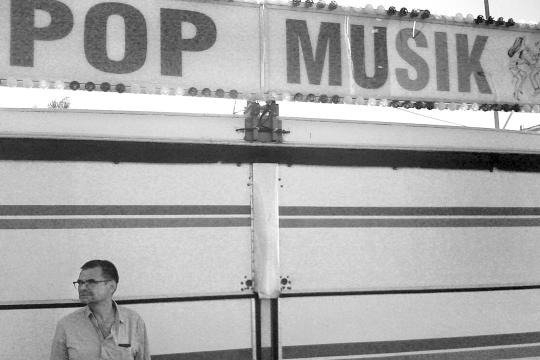 Many of the characteristic artistic formats of our present times were created around 1960, e.g. performance art, concept art, installations, actionism and interventionism, but also hard rock, soul, psychedelic music, minimal music, minimal art and direct cinema. Ever since, new developments in the arts and popular culture have tried to implement the effects of technological media, such as the indexicality of photography and phonography, live (or by hand). What their precursor formats in the first half of the 20th century only managed partially in slapstick, surrealism or some few audio plays, phonographic and photographic recordings caused by the actually present persons and their special, recognisable physical characteristics, now becomes a daily occurrence in pop music or cinema verite. Either these arts work towards designing the person's authenticity in recorded studio or documentary works, in contrast to the former paradigm of ability or talent, or they construct a new live aspect in performance, street theatre and participatory forms. During the past 50 years these effects of persons and indexicality have spread equally throughout areas formerly considered high culture, such as the visual arts, and areas considered popular culture (such as reality television). This requires rethinking the concept of the cultural industry. While so far, the cultural industry was an ideological machine of false consciousness, it has now become necessary to distinguish between various developmental stages of this machine, not least because of the ruptures caused by the appearance of the latest technological media. The singular, individual, living person, from Warhol's screen tests to today's YouTube stars, becomes increasingly essential; what the person stands for, however, is less and less important. Tue, July 21, 2015, 8 pm