Lasalle College of the Arts

In Constellations, multidisciplinary artist Marco Fusinato bisects the gallery with a 46-metre-long wall, which visitors are invited to strike with a baseball bat. Jack Tan repurposes the gallery into a platform for social, legal and artistic activity. 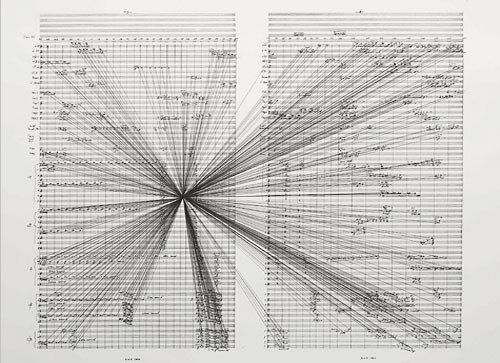 In Constellations, multidisciplinary artist Marco Fusinato (b.1964, Melbourne) bisects the gallery with a 46-metre-long wall, which visitors are invited to strike with a baseball bat. The sound made by visitors' strikes is amplified at 120 decibels, generating a noise equivalent to the sound of thunder. Referencing popular representations of violence in film and television series such as The Warriors (1979) and The Simpsons, Constellations explores Fusinato's longstanding interest in reverberative noise: its dual qualities of destruction and perfection, and its capacity to structure physical spaces. The installation also explores the role of visitors by making them active participants in the creation of its sound.

As part of the exhibition, Fusinato will also present Spectral Arrows, an improvised durational performance for guitar and electronics. In the performance, Fusinato plays with his back to the audience for an extended period, filling the gallery with ascending feedback, walls of harsh static and atonal collisions. For his performance on 29 August, Fusinato will perform in the gallery for 8 hours non-stop.

For his first major solo exhibition, London-based artist Jack Tan (b. 1971, Singapore) repurposes the gallery into a platform for social, legal and artistic activity. Building on Tan's ongoing research into rules, these activities aim to test and reveal how aesthetics and social contexts influence the interpretation and operation of customs, rituals and learned behaviours. Among the projects developed for the exhibition are Art School Surgery, a one-to-one life coaching session that explores the value of an art school approach to life and work, and Karaoke Court, a community method of legal arbitration via karaoke singing. As the projects evolve so will the gallery, the latter becoming a repository for expressions, documents and products associated with each project. At times throughout the exhibition Tan will be present in the gallery to guide visitors through his projects’ various processes.